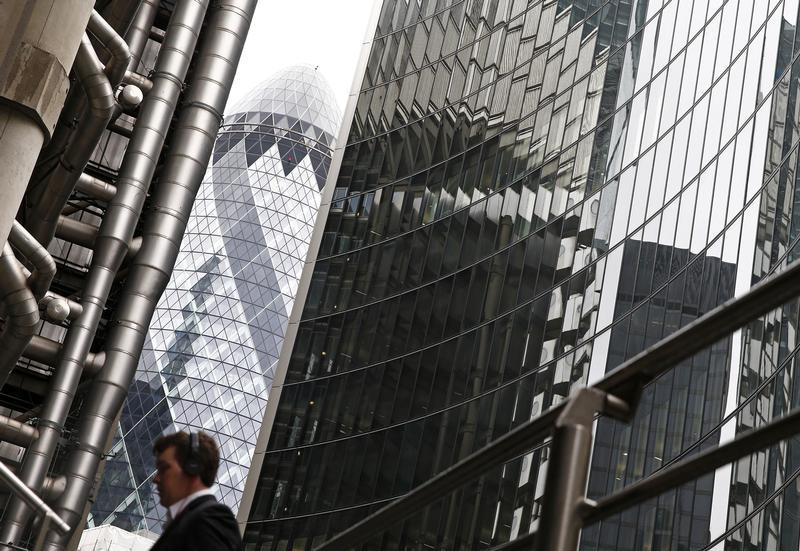 Shares in Britain’s big insurers have fallen sharply on news of a probe into possible mistreatment of some customers. As with recently announced pension reforms, incomplete information has added to the fear. Still, it is possible to rationalise the 4 bln stg hit to market values.

A worker walks past 30 St Mary Axe building, which is known locally as "The Gherkin", as he arrives for work at Lloyds of London February 28, 2014.

Shares in the UK’s largest insurance companies fell sharply on March 28 after it emerged that the Financial Conduct Authority was set to investigate the treatment of customers who have policies bought before 2000.

The probe was revealed by the Daily Telegraph newspaper late on March 27. In response, Legal & General issued a statement calling for the FCA to clarify the situation, which in turn prompted a statement from the regulator.

“We will be looking at how people in closed accounts are being treated,” the FCA said. “These accounts have been closed for many years in some cases, but there are still valid issues to be looked at around the question of the service that consumers receive in relation to those accounts.

“We will be reviewing a representative sample of firms who we expect to look at whether they are treating their customers fairly.

“This is not a review of the sales practices for these legacy customers and we are not looking at applying current standards retrospectively – for example on exit charges.”

Shares in Resolution, which specialises in closed-book business, fell as much as 16 percent to 266.6 pence but recovered about half their losses after the regulator’s statement.

Shares in Aviva, Legal & General, Prudential, Standard Life were down between 2 and 4 percent.