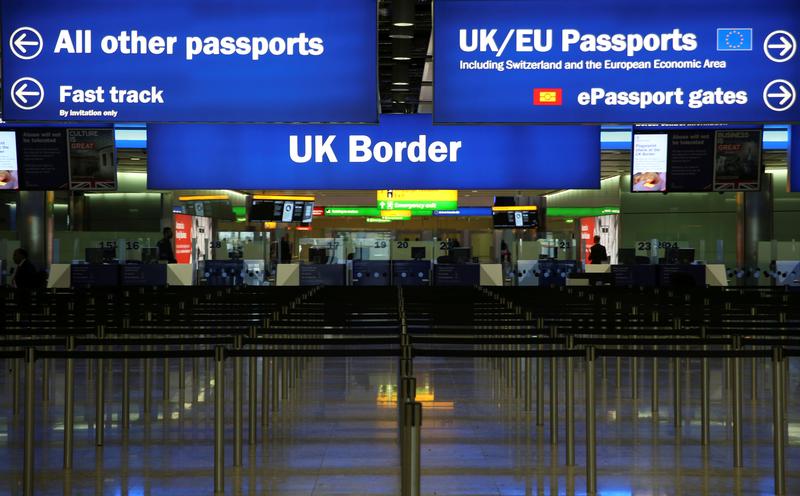 A new immigration system will from next year prioritise skilled workers. Ideally, this would boost pay. But companies may struggle to pass costs to consumers and can’t expand without the right staff. Brakes on growth will be the last thing Britain needs if EU trade talks sour.

UK Border control is seen in Terminal 2 at Heathrow Airport in London June 4, 2014.

Britain will prioritise access for high-skilled workers from around the world in its post-Brexit points-based immigration system, the government said on Feb. 18. Students will be covered by the points-based system, the government said, while there will be separate initiatives for scientists, graduates, National Health Service workers and those in the agricultural sector.

The new system, which will come into force from the beginning of 2021 and treat European Union and non-EU citizens alike, will assign points for specific skills, qualifications, salaries or professions and only give visas to those who have enough points. There will be no specific entry route for low-skilled workers, something the government hopes will help reduce the number of migrants.

The Home Office said it would follow a recommendation made in January by the Migration Advisory Committee (MAC), an independent body which advises the government, to lower the minimum general salary threshold for skilled migrants to 25,600 pounds a year from 30,000 pounds.

EU citizens will not need a visa to enter Britain as a visitor for up to six months.