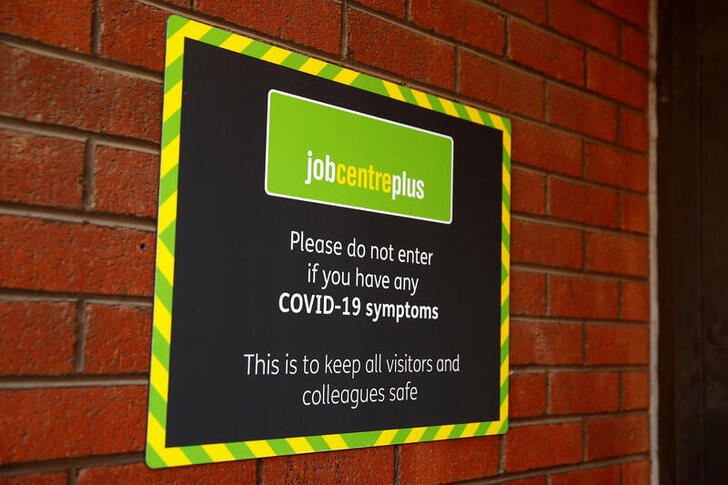 Finance minister Rishi Sunak is scheduled to wind up a government furlough scheme in October. This could see unemployment nearly treble to its highest since the mid-1980s, KPMG forecasts. Grocers like Tesco are hiring, but the pay is relatively low. That will stunt recovery.

A signage of Jobcentre Plus is pictured, following the outbreak of the coronavirus disease (COVID-19), in Chester, Britain August 11, 2020.

Extending Britain’s furlough scheme would leave some workers trapped in false hope that they could return to their jobs after the coronavirus pandemic, British finance minister Rishi Sunak said on Aug. 7.

The Bank of England on Aug. 6 estimated that 7.5 million workers had benefitted from the furlough scheme at its peak, and that 4 million had now returned to work, while 3.5 million were still on furlough.

The United Kingdom may have paid out up to 3.5 billion pounds in fraudulent or mistaken furlough claims, HM Revenue & Customs said on Sept. 7.