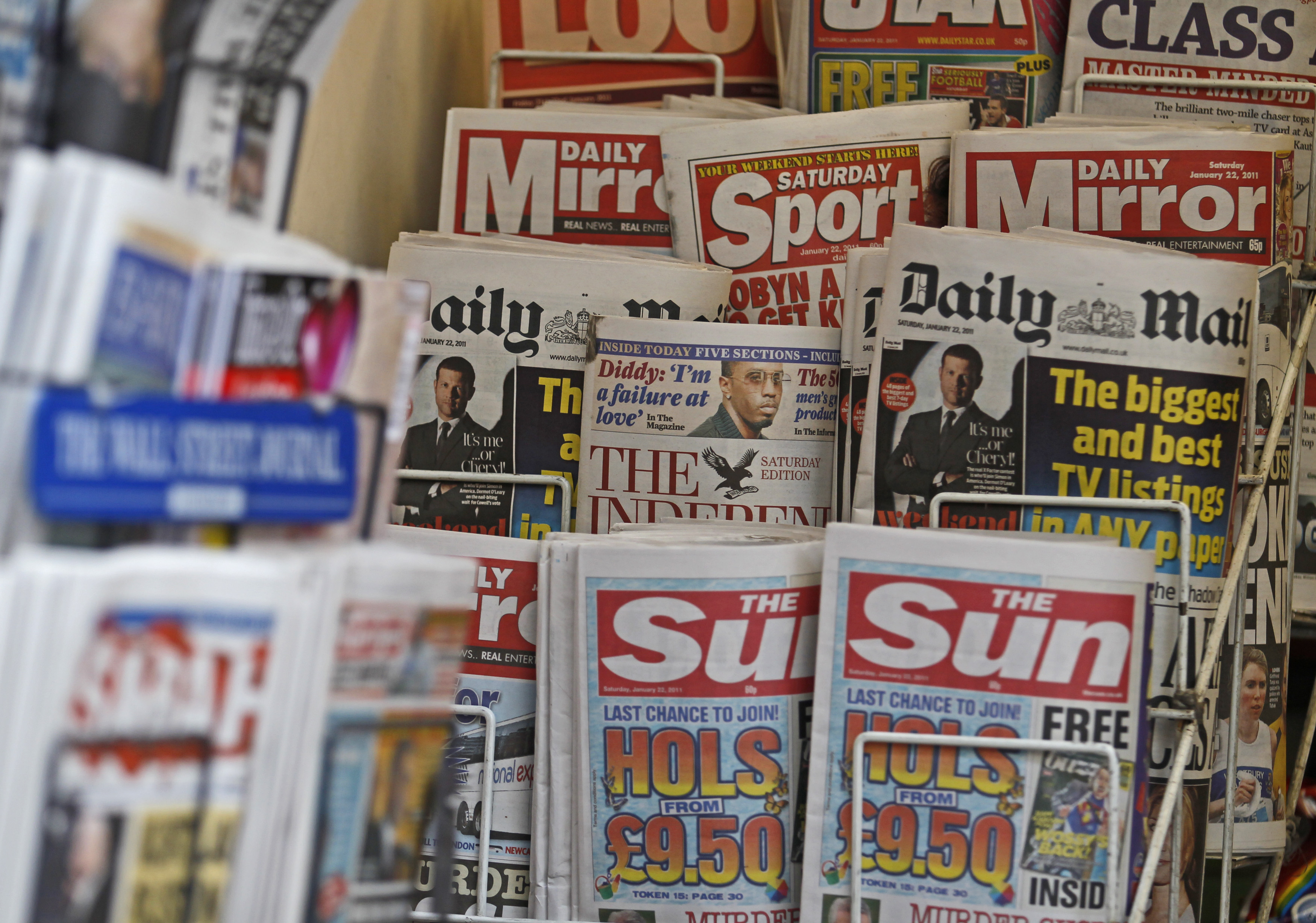 The publisher of the left-leaning Daily Mirror is talking with the owner of the pro-Brexit Express about investing in some of his media assets. The need to cut costs explains this unlikely editorial hook-up. The dismal outlook for print revenues spells more such alliances.

British newspapers are displayed at a newsagent's stand in central London January 22, 2011. The British prime minister's media chief quit on Friday over phone hacking allegations when he was a newspaper editor, a move that will embarrass the prime minister and could complicate News Corp's bid to buy BSkyB. REUTERS/Luke MacGregor (REUTERS - Tags: BUSINESS CRIME LAW POLITICS) - RTXWX2M

Newspaper group Trinity Mirror on Jan. 10 said it was in early talks about taking a minority stake in a new company comprising some of media group Northern & Shell's assets. It said no offer had yet been made and that there was no certainty that any agreement would be reached.