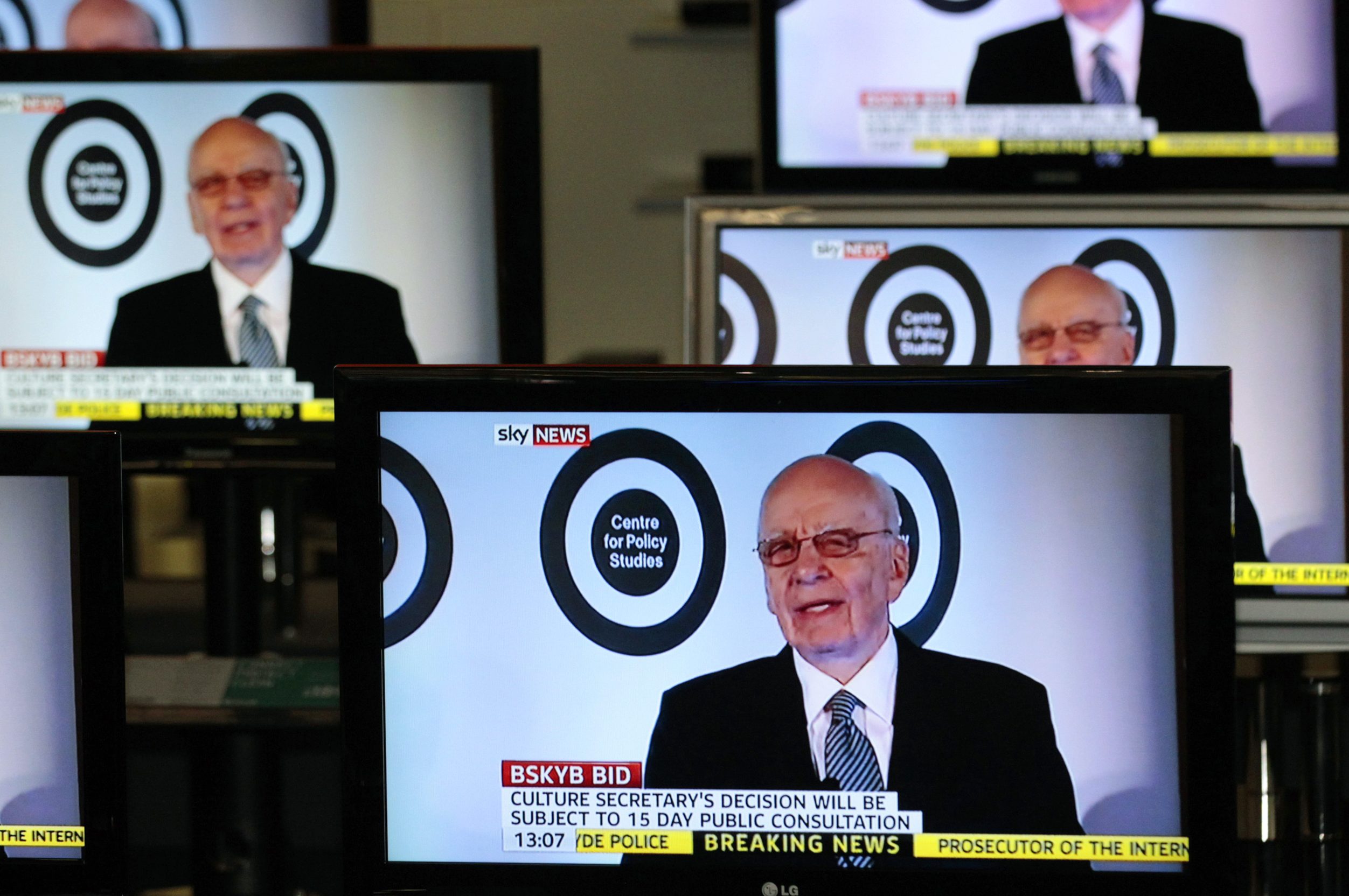 Rupert Murdoch’s Fox can buy the 61 pct it doesn’t own of the pay-TV group if it sells Sky News to Disney, Britain’s media secretary said. A rival Sky bid by Comcast was also cleared. That’s good news for Sky investors, who may now receive toppy bids from the U.S. media giants.

The Chairman, and Chief Executive of News Corporation, Rupert Murdoch is seen talking on Sky News on television screens in an electrical store in Edinburgh, March 3, 2011.

Britain on June 5 cleared Twenty-First Century Fox’s bid to buy the 61 percent of Sky it doesn’t own, on the condition that Sky News is sold to Walt Disney or an alternative buyer.

Fox in December 2016 offered to buy Sky through a scheme of arrangement for 10.75 pounds per share. That bid was held up by a regulatory probe into whether the deal would give Fox Chairman Rupert Murdoch too much control over UK news.

In December 2017, Fox agreed to a $52.4 billion stock offer from Walt Disney for its entertainment assets and international units, including its stake in Sky. Brian Roberts’ cable group Comcast in April offered to buy Sky for 12.50 pounds per share, a 16 percent premium to Fox’s offer.

Fox said on June 5 it is confident in reaching a final decision to buy Sky.

Sky said its independent directors were mindful of their fiduciary duties and remained focused on maximising value for Sky shareholders. The company’s shares were up 0.4 percent to 13.55 pounds at 1400 GMT.