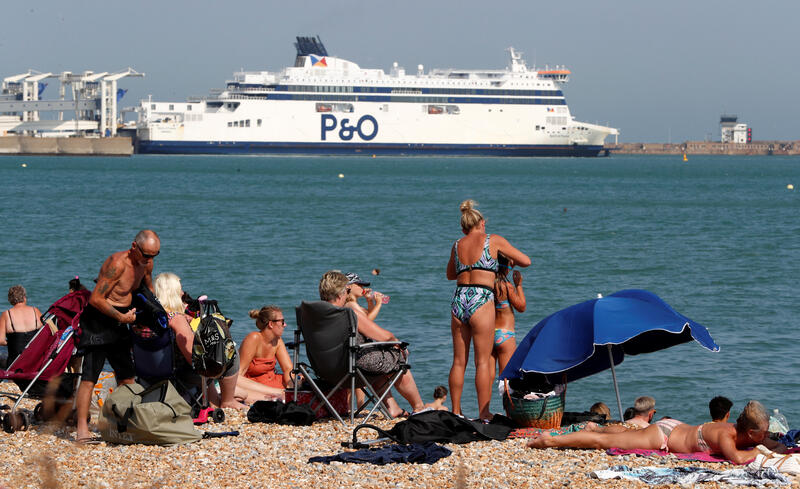 The British decision to mandate quarantines for people entering from France will sadden vacationers and slow the recovery of French tourism, which makes up 9% of the country’s GDP. It could also depress broader sentiment and increase the UK’s political isolation from Europe.

People enjoy the hot weather on the beach as the "Spirit of France" ferry is seen docked in the port of Dover, amid the coronavirus disease (COVID-19) outbreak, in Dover, Britain August 9, 2020.

The UK government announced on Aug. 13 that it would impose a two-week quarantine, from 0300 GMT on Aug. 15, on people arriving from France, the Netherlands and Malta. It stated that the decision was based on infection rates in those three countries.

The French government warned that it would reciprocate.

UK Transport Minister Grant Shapps estimated that there were about 160,000 British holidaymakers in France who would be affected by the new quarantine rules. He ruled out any special assistance to them, saying they knew the risks before travelling.

The French minister for European affairs Clement Beaune described the move as "a British decision we regret and which will lead to a reciprocal measure".