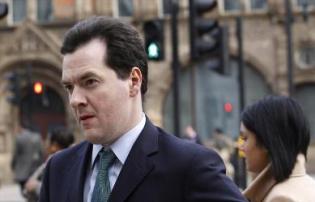 George Osborne is getting muddled. The UK has a mega-deficit that needs cutting. But even the chancellor’s friends are looking for him to do something to help growth. Osborne has decided that Plan A – fiscal retrenchment – can’t be amended. So he trespassing into Bank of England territory with talk of “monetary activism” and “credit easing”. Yet there are helpful things Osborne could do fiscally, without compromising austerity.

Admittedly Osborne’s problem is awkward. The fiscal deficit, as he admitted, is worse than in Greece or other beleaguered euro zone economies. But the euro zone crisis is making a UK recession more of a risk, and policy may need to be changed a little. Unfortunately, Osborne is groping for the wrong modifications.

If the BoE wants more quantitative easing, he has said he would give the nod. In fact, the nod isn’t his to give: it is the central bank’s job to decide whether more QE is useful. With inflation likely to rise further and gilt yields already extremely low and hard to nudge lower, this is a difficult call. Osborne would be wiser to respect the BoE’s independence fully.

But Osborne leapt further over the monetary line with talk of “credit easing.” The term – and again this is regrettable – is one Ben Bernanke, the U.S. Federal Reserve chairman, likes to use for his QE policies. Osborne’s comments were vague but he appears to have in mind using Treasury funds to purchase corporate debt to improve the supply of funds to small and medium-sized businesses. How the Treasury would evaluate the risk of these purchases is unclear. And it would take time to roll out any programme. There’s no quick help for UK growth here.

What should Osborne do? Tax cuts are quite compatible with an austerity programme because they make it all the more essential to push through spending cuts. Small changes could be made to fiscal policy. But Osborne must concentrate on it, not monetary policy, if he wants to help the economy.

Britain's Chancellor of the Exchequer George Osborne walks along Whitehall after speaking in Parliament in London February 9, 2011. Britain finalised a tortuous deal with banks on Wednesday to curb bonuses and boost lending to business, but critics said the agreement would be hard to enforce describing it as "political theatre".

George Osborne, the UK chancellor, said in a speech to the Conservative Party conference on Oct. 3 that he had set the Treasury to work on “ways to inject money directly into parts of the economy that need it such as small business”.
Such as policy “is known as credit easing,” Osborne said. “It is another form of monetary activism.”