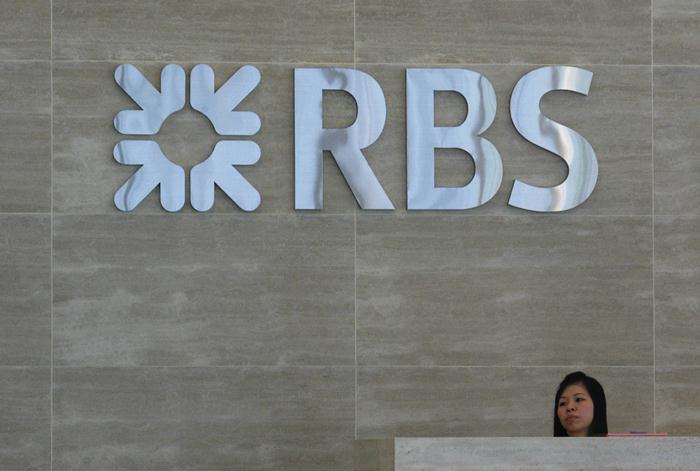 The Bank of England has introduced a new capital requirement for lenders deemed systemically risky in a domestic context. Big banks basically have enough equity to meet it already. But Royal Bank of Scotland’s weighting to the UK means it has most to gain from getting smaller.

A receptionist looks out from behind a counter at a Royal Bank of Scotland (RBS) office in Singapore October 9, 2008.

The Bank of England on May 26 outlined a new capital requirement that will apply from 2019 for UK lenders deemed systemically risky in a domestic context.

The so-called systemic risk buffer requires banks to hold extra equity up to 3 percent of their risk-weighted assets, though will only apply to institutions with total assets of more than 175 billion pounds.

Changes from an earlier version of the requirement aim to ensure that the ring-fenced retail arms of HSBC, Royal Bank of Scotland and Barclays do not end up raiding capital pots they have to hold on account of their international systemic risk.

The BoE said that it felt UK banks generally had enough capital to meet the stipulation already, but the buffer itself represented a requirement of about 8 billion pounds for the largest banks.

The central bank’s regulatory arm has set the framework for how the new buffer will apply, but will consult on its implementation later this year.

By 1415 BST, shares in Royal Bank of Scotland were down 2 percent from the previous day’s close. Shares in Lloyds Banking Group were down 1.2 percent, while shares in Barclays and HSBC were down less than 1 percent.