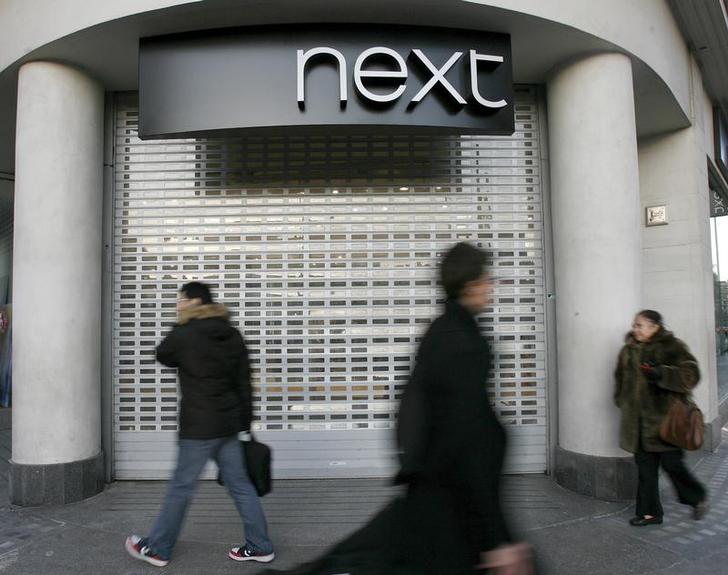 Talking about the weather is a British national pastime. It cannot have escaped the notice of anyone living on an island in Europe’s north west fringe that it has been unseasonably warm in the last few weeks.

Those paid to invest in or analyse UK clothes retailers should surely know that and appreciate its significance. It is retail 101 that shops stock up on hats, coats and scarves, and pullovers in August and September, and that shoppers habitually buy such winter woolies only when the temperature drops.

Next’s Sept. 30 trading update, based on a commentary on weather patterns visible to all for weeks, should have come as no surprise to the market. But the company’s value dropped by 5.6 percent, or 600 million pounds, with rivals Marks & Spencer and Debenhams suffering too. Third-quarter sales growth was running at 6 percent where it had been hoping for 10 percent, Next said. July’s profit guidance could prove overoptimistic if the weather stays warm. Well how about that? Really. If summer’s lease gets an extension, clothes retailers are bound to feel the heat.

The market reaction reveals a bizarre streak of inefficiency at work. Either that, or Next has provided a pretext to fret about something else – say, the possibility that the price war afflicting food retailers is spreading to other merchandise. The punished share prices might also show a frustration that even with modern logistics and inventory management systems, UK fashion retailers still cannot manage the notoriously variable British weather.

Next, the darling of the UK sector, trades at 15 times forward earnings and its stock has the support of a buyback programme that kicks in at 6,600 pence, just above the current market price. M&S trades at 11 times and Debenhams is on 9 times. The Europe-wide sector average, buoyed by the likes of H&M and Inditex, commands a forward earnings multiple of nearly 19. The market already knew there was something unreliable about the British sector. But it can still pay to look at the sky.

Pedestrians walk past a Next shop in Oxford Street in London.

Shares in Next fell as much as 5.6 percent on Sept. 30 after the UK-based fashion retailer warned that annual profit might be below guidance, blaming unusually warm weather.

Next said sales in the third quarter were up 6 percent to date, lower than its previous forecast of at least 10 percent.

“If this unusually warm weather continues for the full duration of October then we are likely to lower our full year profit guidance range of 775 million pounds to 815 million pounds,” it added.

Next shares were trading down 4.4 percent in late morning trading in London, at 6,556 pence.

Shares in rivals Marks & Spencer and Debenhams were also down around 3 percent.