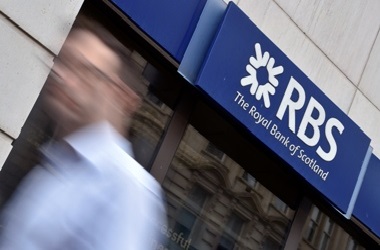 Re-privatising Royal Bank of Scotland used to mean creating a world-class universal bank and selling out at a profit. The first objective has already fallen by the wayside – RBS is well on the way to becoming a UK-focused retail bank. Happily the second, judging by comments by Chancellor George Osborne on March 5, could soon follow.

Osborne acknowledges his part in calling it wrong. With hindsight the initial strategy was flawed. Back in 2010 exiting investment banking, as the bank is now effectively doing, would have been a huge call. It made more sense to back the bank’s still-enormous trading outfit, which had a bumper 2009. That seemed the best way to allow RBS to be re-privatised as soon as possible above the 500 pence-per-share average in-price at which the government bought more than 80 percent in 2008-9.

In retrospect, this was a mistake. The investment bank was hobbled by misconduct fines and a decline in bond trading that now looks structural. More broadly, the euro zone crisis meant RBS lost even more through its Ulster Bank subsidiary.

Now that Chief Executive Ross McEwan is shrinking RBS back to its pre-casino model, there’s a good argument for waiting for tangible progress. Selling out below 500 pence could reprise the wrangling that occurred after Royal Mail’s flotation. Britain’s selldowns of Lloyds Banking Group, from 43 percent to 24 percent, have taken place above the in-price.

But there’s a better case for speed. The idea that Britain is an “arm’s-length” shareholder is a fiction: the government has repeatedly interfered with pay and governance. That has made transforming the bank into a focused, profitable institution much harder. In other states, like Spain, the emphasis has rightly been on incentives or deadlines to return banks to the private sector.

Whoever wins the election should aim to start re-privatising RBS as soon as possible – perhaps 2016, when analysts expect the bank to resume dividends. As the bank escapes from the state’s headlock and RBS restructures, the shares should rise anyway. A staggered selldown could eventually deliver taxpayers a profit.

A man walks past a branch of The Royal Bank of Scotland (RBS) in central London, August 27 2014. REUTERS/Toby Melville

Royal Bank of Scotland should be re-privatised “as quickly as we can to get rid of it” after Britain’s general election in May, Chancellor George Osborne told the Financial Times in an interview published on March 5.

Osborne said he now regretted backing a strategy to keep RBS as a big player in investment banking. He cautioned that the size of the stake meant a full exit could take years, and that the taxpayer would want its money back. However, he added: “it’s certainly something I would want to get moving on in the summer after the election.”