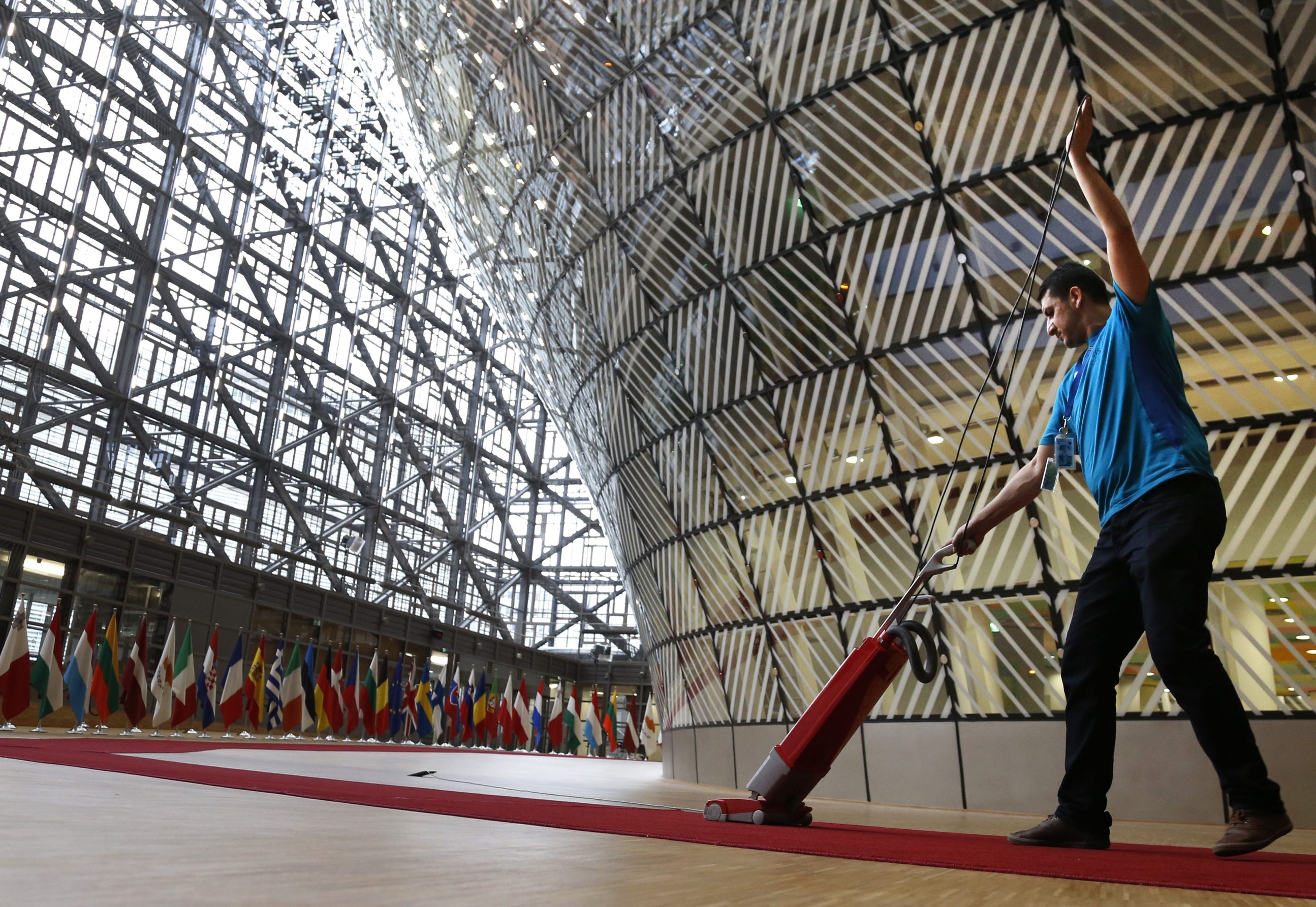 EU banks can continue to operate as branches in the UK after Brexit, according to Bank of England proposals. Meanwhile looming EU rules on bank holding companies and the bloc’s insistence on bonus caps and the like suggest UK lenders shouldn’t expect much leeway in return.

A worker vacuum-cleans a red carpet ahead of the EU summit in Brussels, Belgium, March 9, 2017. REUTERS/Francois Lenoir - LR1ED390UEHP4

The Bank of England has unveiled plans to allow European wholesale banks to operate in the UK through branches after Brexit without having to set up more expensive subsidiaries, according to Bank of England proposals on Dec. 20.

UK investment banks operating in the EU, however, would be expected to stick closely to EU rules on issues such as bonus caps to maintain market access, according to a report in the Financial Times on Dec. 19, citing proposals to be made by the European Commission.

On Dec. 18 the EU’s chief Brexit negotiator, Michel Barnier, was quoted in the Guardian as saying that the UK could not expect a special deal for financial services.

Separately, 19 foreign banks in the EU will need to set up new holding companies so that regulators can scrutinise them more closely, according to a Reuters report on Sept. 4 citing an EU discussion paper.