Keeping out of rouble 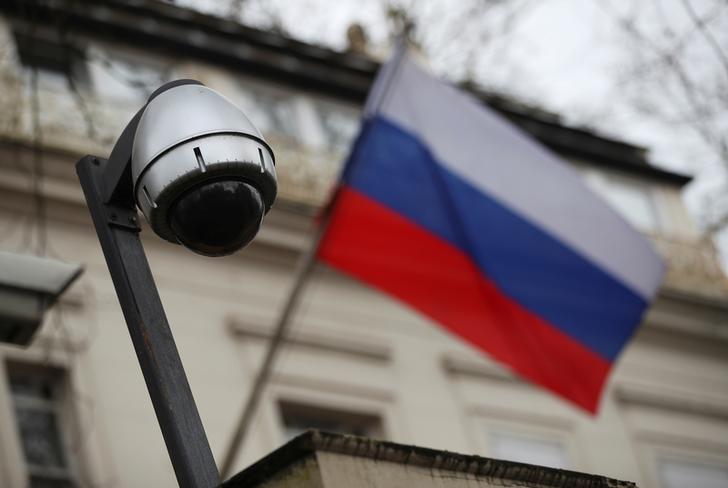 Welcoming Russian money without many checks was counterproductive, a parliamentary report said. Attempts made so far to tackle the issue don’t go far enough. Investing more in regulatory and crime-fighting bodies and asking tougher questions about the source of wealth may help.

A security camera is seen, and a flag flies outside the consular section of Russia's embassy in London, Britain, March 15, 2018.

The United Kingdom has welcomed Russian money, and few, if any, questions were asked about its provenance, a report by the British parliament’s intelligence and security committee said on July 21.

The UK government had hoped that developing links with major Russian companies would promote good governance by encouraging ethical and transparent practices, the report said. It added that this had proved counterproductive and instead allowed illicit finance to be recycled through what has been referred to as the London “laundromat”.

The arrival of Russian money resulted in the rise of an industry of lawyers, accountants, estate agents and public relations professionals who, wittingly or unwittingly, played a role in the extension of Russian influence, which was often linked to promoting the interests of the Russian state, the report said.

The long-awaited document found that Russia had tried to influence a referendum on Scottish independence in 2014 but said the committee had failed to determine whether Russia meddled in the 2016 referendum on Britain’s membership of the European Union.

Russia had never interfered in another country’s electoral processes, the Kremlin said on July 21.