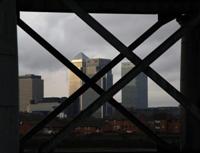 The UK government should heed its own counsel on fixing finance. A schism has opened up between Chancellor of the Exchequer George Osborne and the MP-led commission reviewing his banking reform bill. The MPs’ latest report shows how little of its advice is being taken on board.

Back in December, Osborne rightly accepted the commission’s main recommendation regarding the bill – that regulators be empowered to break up lenders that did not effectively ring-fence retail and investment banking activities. Ring-fencing was the central prescription of the government-sponsored Vickers report on making banking safer. It is no panacea, and it would not have prevented the failures among UK retail banks seen in the crisis. Nevertheless it is a desirable reform that needs hard implementation.

But Osborne has accepted only half-heartedly or fully rejected other key aspects of the Vickers plan. Given the flaws of relying solely on ring-fencing, the commission has supported Vickers’ leverage cap so that bank equity is at least 4 percent of gross assets. Osborne has rejected this in favour of Basel III’s 3 percent minimum.

Leverage ratios, like ring-fencing, aren’t perfect – they don’t take account of the riskiness of bank assets. But the Basel cap, enabling banks to lever up 33 times, Lehman-style, is arguably too low. Osborne should not give too much weight to worries about UK bank competitiveness. Making UK lenders safer will arguably lower their cost of capital, and reduce the implicit taxpayer subsidy of the financial system.

The commission is also spot on in wanting the Bank of England to be able to tear up banks’ models for risk-weighting their assets, and in seeking that the UK should decide how bank creditors share in the burden of bank failures.

Britain had seemed relatively aggressive in pursuing reform when it set Vickers in motion in the middle of 2010. But with the euro zone crisis abating and bank shares rallying, the impetus for a really robust response to the crisis is dwindling.

The parliamentary commission’s hearings had at times seemed like a pantomime. But it is now justifying its existence. The reform bill still faces a formidable barrier in the UK’s upper house, so there is still time for the government to change its tune. As things stand, UK banks will remain far more reliant on the public purse in a crisis than they ought to be.

The UK’s Parliamentary Commission on Banking Standards published its second report on the forthcoming banking reform bill on March 11. Its final report is due in mid-May.

The UK’s Parliamentary Commission on Banking Standards published its second report on the forthcoming banking reform bill on March 11. Its final report is due in mid-May.