We give you extra (leniency) 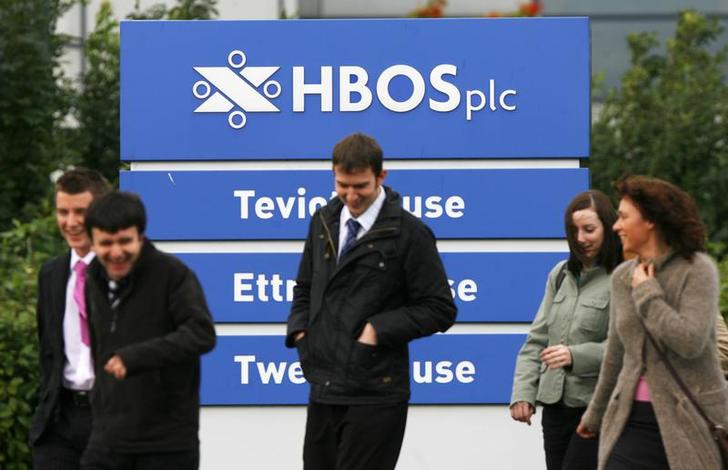 The UK has shut the door, but the HBOS horse bolted long ago. The Bank of England and Financial Conduct Authority ruled on Nov. 19 that the spectacular collapse and subsequent 20 billion pound state recapitalisation of the bust lender in 2008 was – surprise, surprise – the fault of the board and senior management. But belatedly holding them to account, as the regulators are now looking into, doesn’t look very easy.

The BoE/FCA analysis makes interesting reading, but is somewhat beside the point. Everyone knows why HBOS failed: out-of-control corporate lending that meant 10 percent of loans soured between 2008 and 2011; a risk culture of complacent neglect; and breakneck annual loan growth way beyond that of deposits. A parliamentary report in 2013 made clear that management failings were to blame, rather than 2008’s sudden freeze in wholesale liquidity.

It’s good the regulator is calling out the likes of former HBOS Chairman Dennis Stevenson, Chief Executive Andy Hornby, and predecessor James Crosby. But seven years after the event, it’s far too late. The tortuous process of “Maxwellisation”, whereby accused parties get a legal right of reply ahead of publication, didn’t help. But as Andrew Green QC ruled on Nov. 19, the UK regulator messed up by restricting its original probe into HBOS wrongdoing to corporate bank chief Peter Cummings.

As a result, it looks hard to hit any of the parties involved where it hurts. Dopey regulators are protected from civil actions, unless it can be shown they acted in bad faith. BoE director Andrew Bailey said on Nov. 19 the central bank would not bestow a hefty fine, of the sort Cummings received in 2012, on other managers. It’s also difficult legally to claw back Crosby’s pension, which despite him reducing it by 30 percent in 2013 is still 400,000 pounds a year.

That suggests the most stringent penalty likely to be considered would be to ban Crosby, Hornby and Stevenson from financial services – arguably not much of a punishment given Hornby heads up UK leisure group Coral. Unless the state can find a way to ban them from corporate life altogether by invoking the UK’s Company Directors Disqualification Act 1986, the penalties won’t be that painful.

The good thing is that the UK’s new senior managers’ regime should mean bank bosses think before signing off on future corporate expansions as reckless as HBOS’s. For UK taxpayers, that’s scant comfort.

Pedestrians walk past an HBOS sign outside the company buildings, in Edinburgh, Scotland on September 18, 2008

British regulators will consider banning former executives and board members at HBOS from financial services, following the publication on Nov. 19 of two long-awaited reports into the collapse of the UK mortgage lender in 2008.

A joint report by the Prudential Regulation Authority division of the Bank of the England and the UK’s Financial Conduct Authority criticised the leadership of the bank at the time of its failure, reaching similar conclusions to a separate report by lawmakers published in 2013. But another review by lawyer Andrew Green has recommended that the watchdogs should look into blocking any of those responsible from working in the industry.

To date, only the head of HBOS’s corporate lending division, Peter Cummings, has ever faced a formal sanction as a result of the bank’s collapse, though former Chief Executive Andy Hornby did give up a knighthood.

Green criticised the role of the Financial Services Authority, the FCA’s predecessor, in the affair, saying its decision-making was “materially flawed” and that it should have conducted an investigation or a series of investigations wider in scope than merely into the conduct of Cummings and the division he led.