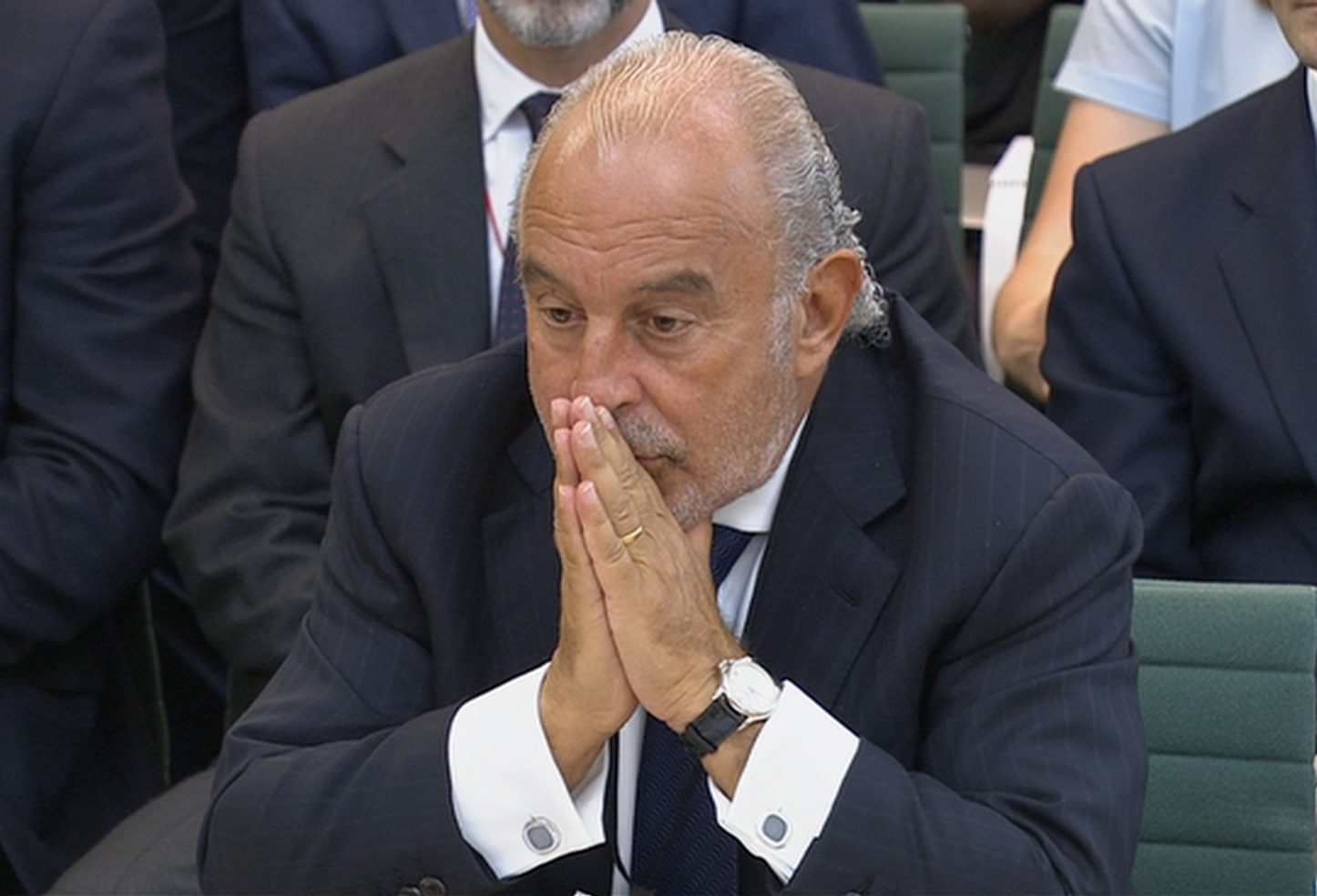 The post-referendum shift in how Britons view business is gathering pace. UK lawmakers on July 25 unveiled a blistering report on the collapse of BHS, a retailer that went into administration in April. It pushes UK corporate life further into interesting – and potentially painful – moral areas.

Lawmakers concluded that billionaire Philip Green, BHS’s owner since 2000, had last year rushed through the sale of a loss-making business with a 345 million pound pension deficit to an unsuitable buyer, Dominic Chappell. The ensuing implosion threatens 11,000 jobs and 20,000 current and future pension-holders. Goldman Sachs may have only advised Green on an unofficial basis but it “added lustre to an otherwise questionable process” – as did other consultants. When Theresa May inveighed against “anything goes” business culture in a speech shortly before she became the UK’s prime minister, she was presumably thinking of fiascos like BHS.

The real issue is less whether Green broke rules, but whether the affair will spawn new ones. The weakness of the non-executives that oversaw Taveta, the Green family entity that controlled BHS, has prompted politicians to wonder out loud if existing company law and corporate governance regulations are strong enough to deal with large private companies, whose transparency requirements are less exacting than those of their public peers. They are also pondering tougher regulation to stop companies with historic defined benefit pension liabilities from dumping them on the company-funded Pension Protection Fund (PPF).

What might these reforms be? May has already suggested that companies have workers on their boards. Outgoing PPF chair Barbara Judge on July 3 suggested regulators should have the right to block corporate deals that might disadvantage pensioners. Disclosure requirements could be tightened. Those envisaging a post-Brexit slashing of red tape would be sorely disappointed.

In open and shut cases like BHS, tighter regulations would be welcome. But both the City and business will want to know whether the assertion that business has “a moral responsibility to operate within a framework that enjoys the confidence of the nation” is just bluster, or something that May’s government enthusiastically endorses. If the latter, UK and international investors will worry about what might happen if UK politics becomes any more populist.

Retailer Philip Green speaks before Parliament's business select committee on the collapse of British Home Stores which he used to own, in London, Britain June 15, 2016. Parliament TV/Handout via REUTERS FOR EDITORIAL USE ONLY. NOT FOR SALE FOR MARKETING OR ADVERTISING CAMPAIGNS. - RTX2GCDP

Leadership failures and personal greed led to the collapse of UK retailer BHS, a joint report by the UK parliament's Work and Pensions Committee and its Business, Innovations and Skills Committee concluded on July 25.

British lawmakers said that Philip Green, the retailer's former owner, had chosen to rush through the offloading of a beleaguered high street institution that was losing money and encumbered with a massive pension deficit - to a buyer who was "manifestly unsuitable". They said that Dominic Chappell and his associates were "incompetent and self-serving", while advisers were paraded by both sides as "an expensive badge of legitimacy for people who would otherwise be bereft of credibility". The report labelled the affair "the unacceptable face of capitalism".

The report also said that board directors of Taveta, a Green family company, failed to provide a semblance of independent oversight or challenge in a corporate group run as a personal fiefdom by a single dominant individual.

Frank Field, the chairman of the Work and Pensions Committee, said that "one person alone" was really responsible for the BHS disaster.

"While Sir Philip Green signposted blame to every known player, the final responsibility for up to 11,000 job losses and a gigantic pension fund hole is his."

(This piece has been updated to add a further quote from the Select Committee report in the context news.)