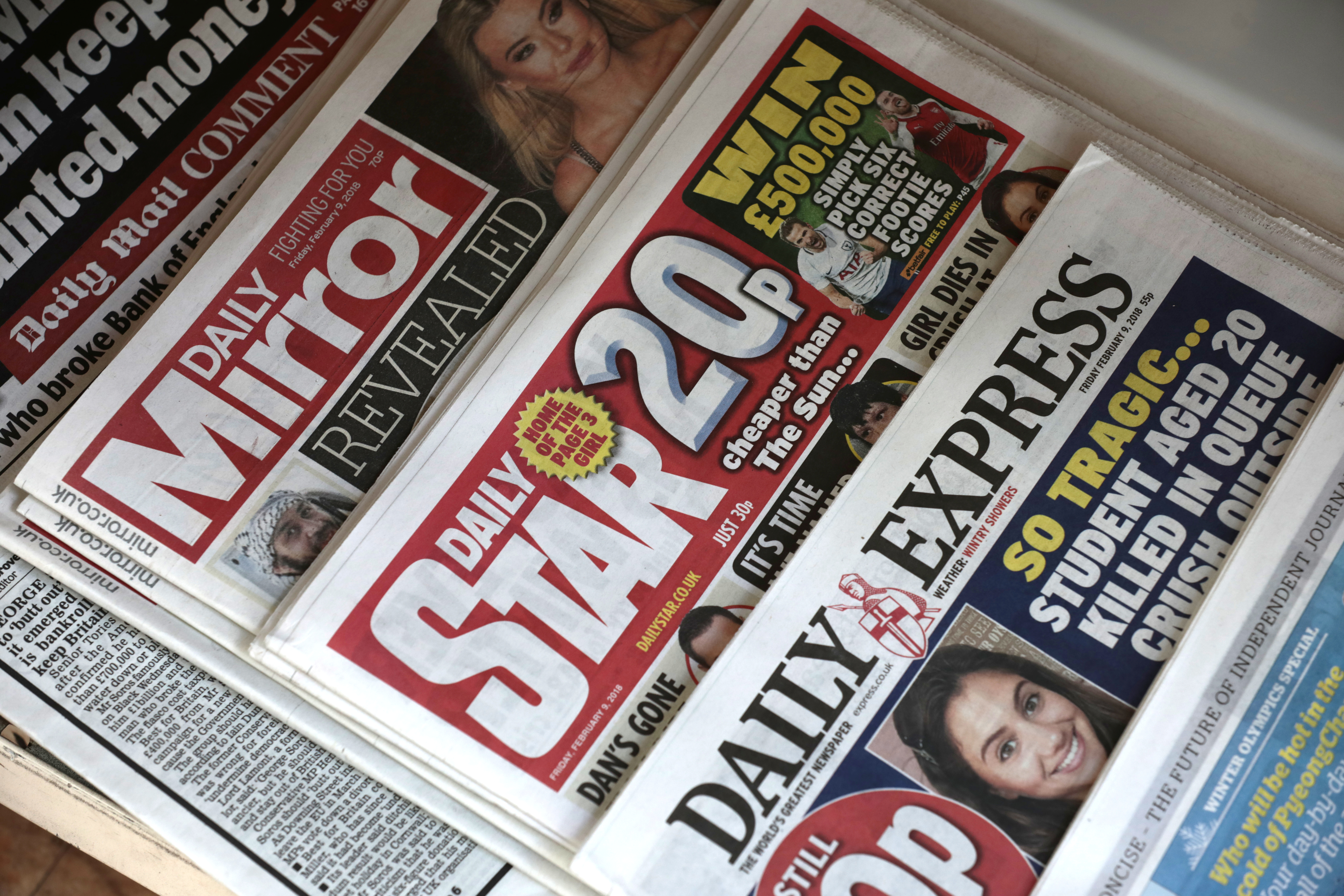 Sales are down 9 pct this year at Trinity Mirror, whose acquisition of Express newspapers is under the regulatory microscope. Buying rivals and slashing costs seems the only viable option for the Daily Mirror parent. Blocking the deal would leave the media sector on the sickbed.

The two newspaper titles owned by Express Newspapers alongside The Mirror newspaper, which is owned by Trinity Mirror, are seen on display in a newsagents in central London, Britain, February 9, 2018. REUTERS/Simon Dawson - RC156FA304A0

Trinity Mirror on May 3 said its revenue fell 9 percent in the first four months of 2018, excluding the effects of business acquisitions and disposals.

Sales at the Express and Star titles – which Trinity Mirror in February agreed to buy from Richard Desmond’s Northern & Shell group for 127 million pounds – are estimated to have fallen by 5 percent over the same period.

UK Media Secretary Matt Hancock on May 1 ordered regulators to investigate the Daily Mirror publisher's deal to buy the Express tabloids because of the potential impact on the titles' editorial policies and the need for a range of views in newspapers.