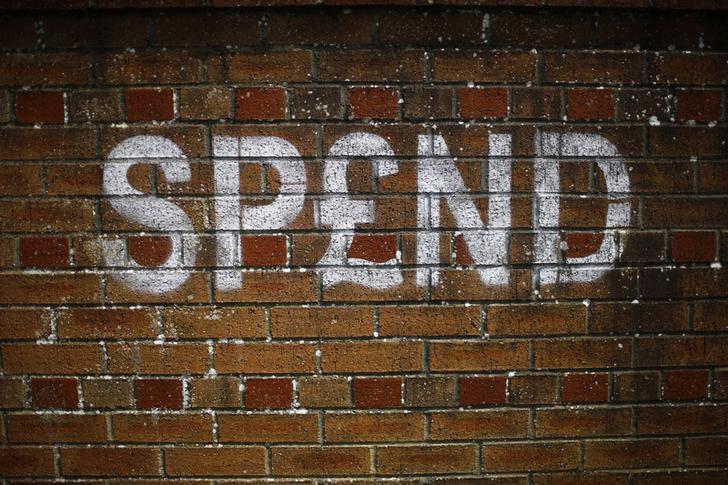 Britain’s budget saw hikes to the minimum wage, a slowing of austerity, and hits for banks and non-doms. That isn’t the usual domain of British Conservatives. Yet deep welfare cuts, higher inheritance tax thresholds, and falls in business tax show the clothes-stealing has limits.

Graffiti is seen painted on a wall by RAF Brize Norton near Oxford in Britain July 1, 2015.

It will take four years instead of three to turn the UK’s annual budget deficit into surplus, Chancellor George Osborne said on July 8.

Osborne pushed the target for budget surplus into the 2019/20 financial year from the 2018/19 deadline projected in his previous budget plan announced a few weeks before the Conservatives’ election victory in May.

Osborne also pledged to cut corporation tax to 19 percent in 2017 and 18 percent by 2020 from 20 percent currently, and said the UK bank levy would be reduced to 0.1 percent by 2021 and only apply to UK balance sheets rather than global ones. However, an 8 percent corporation tax surcharge means the government envisages 1.7 billion pounds more tax over the next six years from the sector.

Osborne said he would cut Britain’s bill for tax rebates to low-paid workers by freezing working-age benefits for four years and lowering the income threshold for receiving tax credits. An overall cap on benefits per household would be lowered sharply and workers on higher salaries would have to pay more in rent for public housing.

A new, compulsory national living wage is predicted to raise the effective minimum wage by over 13 percent by 2020 for people aged 25 and above.

Osborne said he would abolish the special tax status for residents from abroad who live in Britain for long periods of time, and the remaining “non-doms” would have to pay the same taxes on property as everyone else.