Looking for an endgame 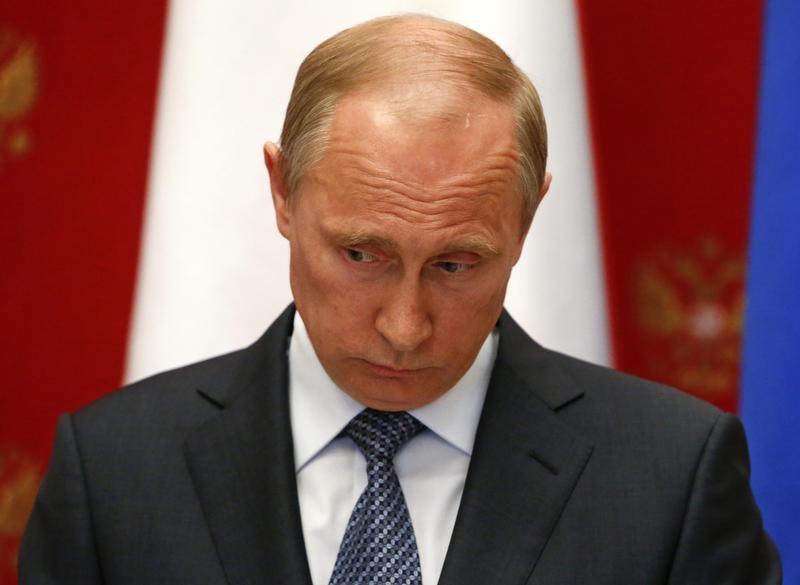 Western economic sanctions against Russia were expected to have no effect. Yet they have caused much pain. They were also meant to have a clear goal. So far, they don’t.

“The war that dare not speak its name,” to quote New York University professor Mark Galeotti, is a problem both for Russian President Vladimir Putin and for European leaders who have struggled to keep a united front since Russia moved to annex Crimea – and must decide in March, 2015 whether to roll over their sanctions against Moscow.

Defining a strategy beyond sanctions is all the more important for Europe now that Russia is sending all the signals that it has no intention of retreating from its power-flexing policy, from the Baltic to the Balkans. Moscow is hinting that it can take the pain from prolonged economic isolation – at least for the next couple of years. Even before the steep fall of oil prices, and the subsequent crisis of the rouble, that was a highly optimistic view, but the implication of the Kremlin’s position is clear: don’t expect any short-term change.

The harm done to a Russian economy already immersed in deep problems before anything happened in Ukraine has been substantial. The rouble fell 40 percent against the U.S. dollar in 2014. Capital flight may have topped $130 billion over the same period, according to official estimates. The Central Bank of Russia tried without success to defend the rouble and keep inflation under control, taking its key interest rate to an unprecedented 17 percent, and putting a brake on growth. Meanwhile, sinking oil prices are pushing Russia’s resource-dependent economy ever deeper in the hole. Gross domestic product will barely increase in 2014 and shrink by 4.5 percent in 2015 if oil prices stay around the $60-a-barrel mark, according to the central bank.

The European economy is hurt in return. Some countries are hit by Putin-ordered embargoes on food or clothing imports. Others are worried about their energy dependence on Russia. Western diplomats and businessmen think there’s little chance Moscow will ever cut off gas to Europe. But no one has ever accused Putin of being predictable.

This state of affairs will continue as long as Europeans don’t agree on what they want to achieve. Is Putin open to a deal that would ease tensions in eastern Ukraine? Or has he embarked on a long game of brinkmanship from which he will not retreat whatever the economic cost?

The answers to these questions lie with the Kremlin. But as long as Europe lacks a clear objective, the Russian president will be left to misinterpret mixed messages – and the Ukraine crisis remain in suspended animation.

Russian President Vladimir Putin attends a news conference after a meeting with Swiss President and Foreign Minister Didier Burkhalter at the Kremlin in Moscow, May 7, 2014.