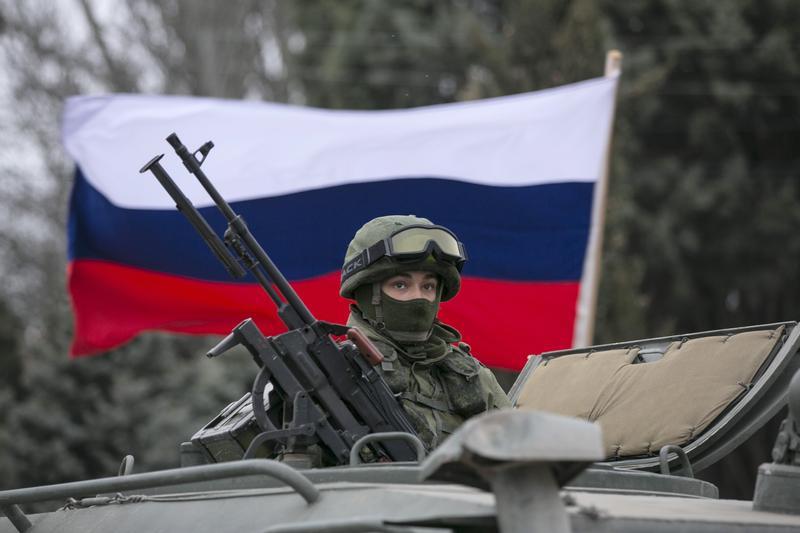 Western leaders are still debating their response after Russia moved to annex the Black Sea territory. Their focus should instead be on preventing Vladimir Putin destabilising Ukraine. That requires tougher sanctions than previously discussed, and preparedness for economic war.

A Russian flag is seen behind an armed servicemen on top of a Russian army vehicle outside a Ukrainian border guard post in the Crimean town of Balaclava March 1, 2014.

European leaders are meeting on March 20 to debate how to increase the pressure on Russia following its seizure of Crimea, how to support Ukraine’s stricken economy, and how best to reduce their economies’ reliance on Russian oil and gas in years to come.

European Union members are expected to add a dozen names to the 21 Russians and Crimeans already placed on a travel-ban and asset-freeze list.

Speaking ahead of the summit, German Chancellor Angela Merkel said a discussion of financial sanctions - what the EU is referring to as phase three of its response - would take place at the meeting, but no agreement on it is expected.

“The (summit) will make clear that we are ready at any time to introduce phase-three measures if there is a worsening of the situation,” Merkel said in a speech to parliament.