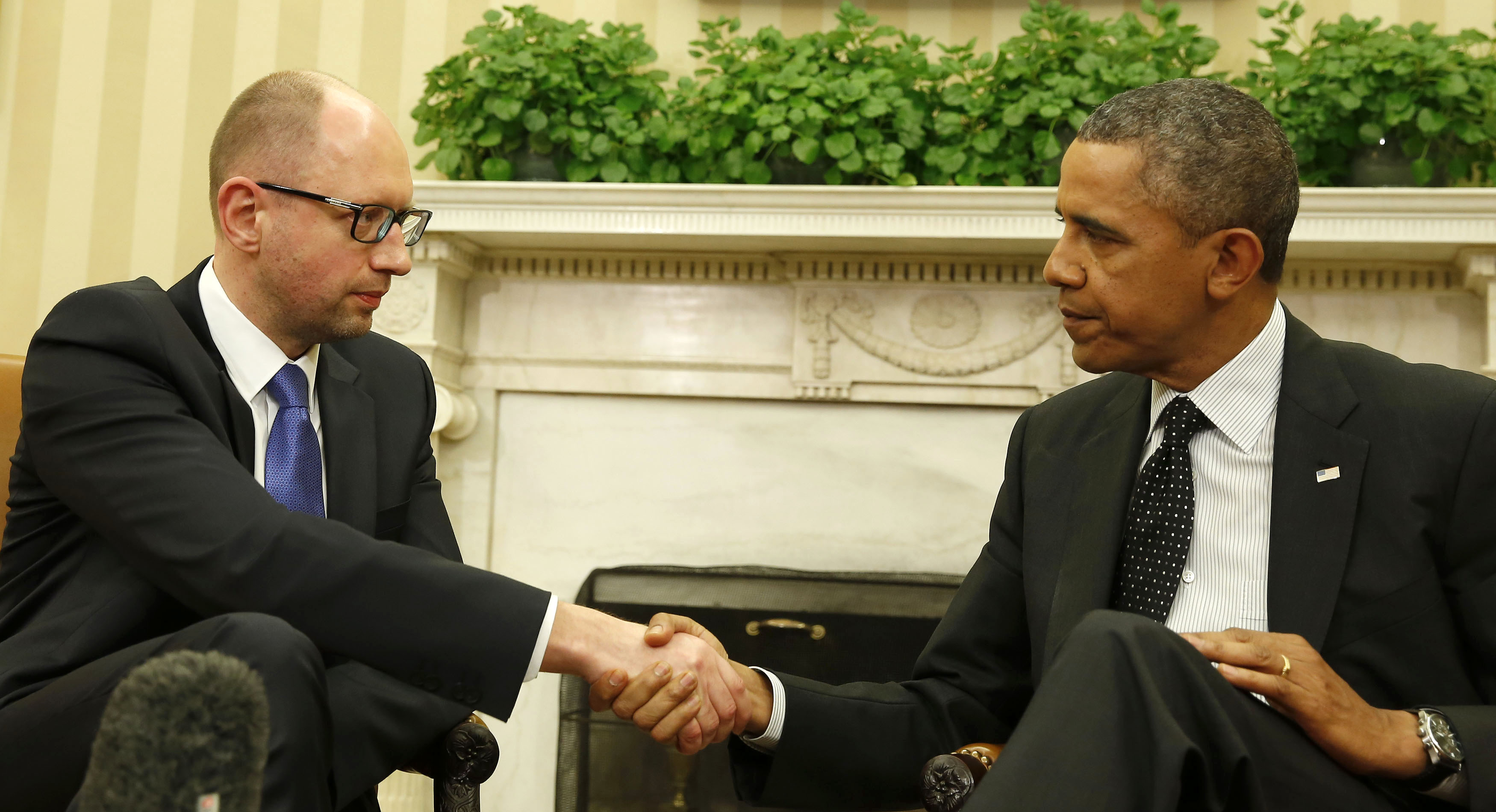 Talk about irony. Obama will be the cheerleader for a $15 bln fund bailout of the embattled state. Yet the Republican right is still blocking an IMF overhaul agreed in 2010 giving extra power to the likes of China and Brazil. To get them to help Ukraine, the GOP has to budge.

U.S. President Barack Obama shakes hands as he hosts a meeting with Ukraine Prime Minister Arseniy Yatsenyuk (L) in the Oval Office of the White House in Washington, March 12, 2014.

A U.S. Senate panel on March 12 approved legislation that would impose strict sanctions on Russians involved in Moscow’s intervention in Ukraine, provide aid to the new government in Kiev, and implement reforms of the International Monetary Fund.

The Senate Foreign Relations Committee voted 14-3 for the measure, with several committee Republicans joining the Democratic majority in favor. The bill next goes to the full Senate for a vote. If it passes there, it would have to win approval in the Republican-controlled House of Representatives to become law.

The Obama administration has been pushing Congress for a year to approve a shift of $63 billion from an IMF crisis fund to its general accounts to maintain U.S. influence at the lender and make good on a commitment from 2010.

Crimea formally applied to join Russia on March 17 after its leaders declared a 97 percent result in favor of seceding from Ukraine.