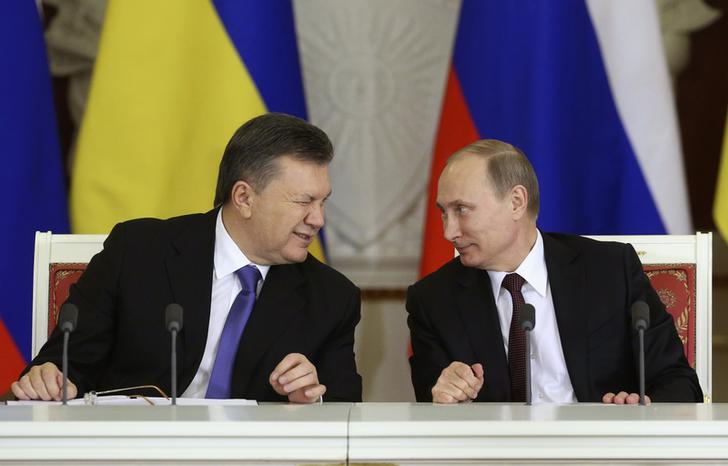 Ukrainian president Viktor Yanukovich has found a friend to help keep him out of bankruptcy until election time, but by then the sponsor may find that $15 billion was a bit much to spend on a loser.

Ukrainian debt investors were relieved by the unexpected announcement that Russia would use its oil-financed rainy-day fund to help its troubled neighbour by buying its bonds. They may think that Kiev has at least postponed a default. Moscow has also consented to a significant discount on the price of the gas it sells its former satellite.

That could allow Ukraine to limp along until its presidential election, scheduled for 2015. But Putin’s handout doesn’t solve the country’s fundamental economic problems, and it increases the risk that the end of the Yanukovich era won’t be peaceful. The Russian president has scored a tactical coup. He moved a day after European Union officials shut the door on Ukraine for good, because they realised that Yanukovich didn’t want to talk seriously about a possible agreement.

Furthermore, Putin hasn’t yielded much. Buying Ukrainian bonds at market rates hardly qualifies as help – at current yields, it could even pass for theft. It is risky, but not necessarily costly, to hold a small part of the reserve fund in Ukrainian bonds. And the gas price “concession” only brings the price down to a little below what the rest of Europe pays; Ukraine has been paying a significant premium so far. And that sort of deal – which may be worth about $2 billion a year to Kiev – is reversible overnight.

Yanukovich and Putin went to great lengths to pretend that no concessions were forced on Ukraine. There was no word about the Russian president’s pet project – a customs union of the two countries and Belarus. But that will not fool the thousands of demonstrators who want to move their country closer to Europe, if only because that would take them further away from Russia. Yanukovich has just strengthened their resolve to push him out of office.

Ukrainian President Viktor Yanukovich (L) gives a wink to his Russian counterpart Vladimir Putin during a signing ceremony after a meeting of the Russian-Ukrainian Interstate Commission at the Kremlin in Moscow..