The cost of honour 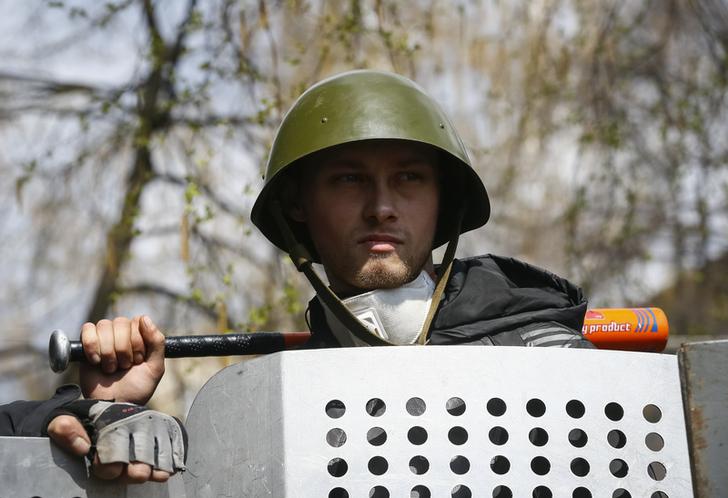 With Russia squeezing an already feeble economy, it will be tough to avoid meltdown. A steep interest rate hike can only delay woes. Since impoverished Kiev cannot count on either citizens ready for huge sacrifices or massive Western financial support, Russia has the upper hand.

A pro-Russian protester stands at barricades at the police headquarters in Slaviansk, April 15, 2014.

Ukraine’s central bank increased its benchmark interest rate to 9.5 percent from 6.5 percent on April 14. It was the first change since August last year.

“The central bank considers it necessary to take the step to increase the value of the national currency, to restrain inflation and to stabilise the situation on the money market,” the central bank said.

It added that the banking system had lost 10 percent of hryvnia deposit volumes since the start of the year. Foreign currency deposits fell 14 percent.