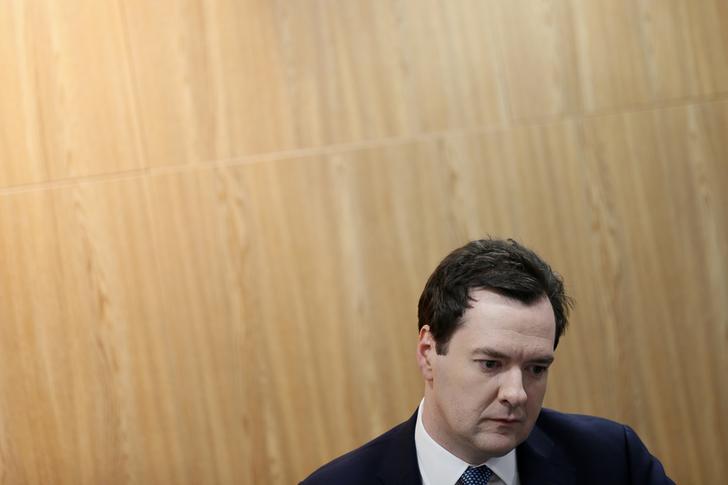 The UK’s recent economic record should worry George Osborne. It points to deep structural weaknesses way beyond the reach of budget tinkering by the Chancellor of the Exchequer.

Since 2007, the last full year before the financial crisis, the UK and every other major developed economy have gone through a sharp recession and a slow recovery. Osborne talked about recent strong growth in his Dec. 3 budget update, but did not mention that the UK has recovered less than its peers. British GDP per person is set to be 3.7 percent lower in 2014 than in 2007, Breakingviews calculates using data from the latest edition of the International Monetary Fund’s World Economic Outlook.

That performance puts it in sixth place among the seven largest developed economies. Only Italy’s predicted 11.3 percent decline on the same basis is worse. Germany is 7.3 percent ahead while Japan, Canada and the United States are all up by about 2 percent. France is down 1.2 percent.

Some of the GDP disappointment can be traced back to foreign trade. The IMF estimates that the British current account deficit will have deteriorated from 2.2 percent to 4.2 percent of GDP since 2007, despite an effective 15 percent devaluation of the pound against both the euro and the dollar. That is the worst record in the G7. The U.S. deficit shrunk significantly and Italy moved from deficit to surplus.

The UK is doing well in one important indicator. The unemployment rate is up by only 1 percentage point since 2007, better than all but two G7 countries, Canada and job-creation star Germany. Still, the British labour market’s relative improvement has not done much for the fiscal record. As a share of GDP, the government’s deficit has risen by 2.4 percentage points since 2007, a worse performance than Germany, France, Italy and the United States.

Osborne might blame the previous Labour party government for the mediocre UK showing. Labour would certainly blame the current ruling coalition. But all governments struggle with the sort of problems that create so broad an underperformance. Certainly, the tinkering which Osborne offered this week won’t address Britain’s structural weakness.

The UK’s GDP per capita in constant prices will be 3.7 percent lower in 2014 than in 2007, Breakingviews estimates using data from the latest edition of the International Monetary Fund’s World Economic Outlook.

Britain's Chancellor of the Exchequer George Osborne looks at a screen during a visit of a branch of Lloyds TSB bank in central London June 19, 2013.

The UK’s GDP per capita in constant prices will be 3.7 percent lower in 2014 than in 2007, Breakingviews estimates using data from the latest edition of the International Monetary Fund’s World Economic Outlook.