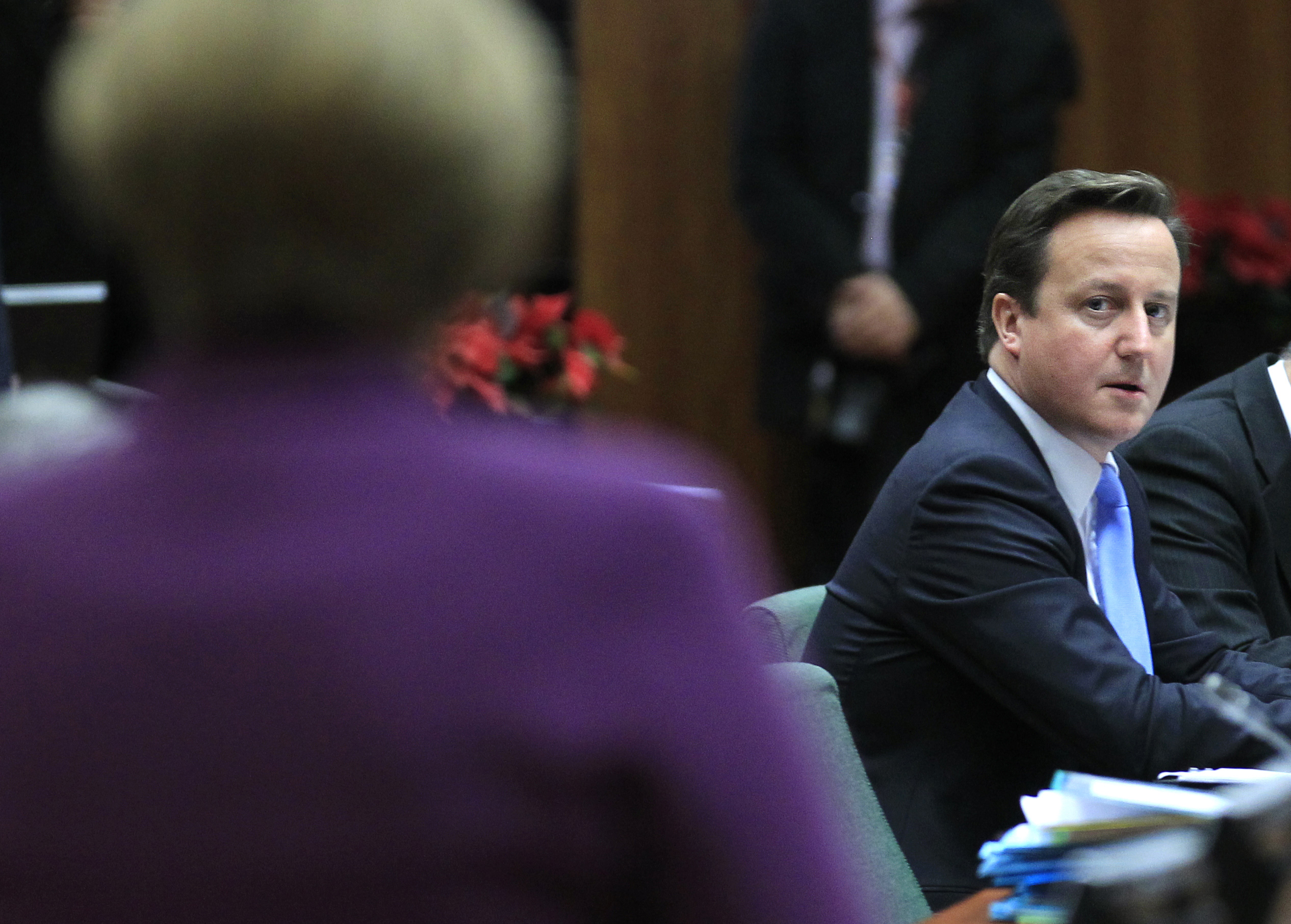 The City of London may regret David Cameron’s euro isolation. Britain’s prime minister opted out of a pan-European deal to save the euro zone after failing to secure special protection for the UK financial services industry. But his stand leaves Britain’s dominant economic sector exposed – both in Europe and at home.

Britain had little to lose and much to gain from a successful euro zone summit. If the single currency collapses, the UK economy and its financial system would suffer. Meanwhile, the proposed fiscal reforms designed to help restore confidence in the euro zone do not directly affect European Union countries outside the single currency.

However, the deep schism in Cameron’s Conservative party over Europe made it almost impossible for the prime minister to agree to major changes to EU treaties without some concession. So Cameron asked for a veto over new financial regulations that might otherwise be approved by a qualified majority of EU members. When his demand was refused, he walked away. The remaining 26 countries will now press ahead – though national parliaments and voters may yet derail the agreement.

Opposition politicians in Britain will no doubt criticise Cameron for sacrificing the country’s international reputation in order to protect greedy speculators. The reality is more nuanced: for example, the government has been pushing to retain the right to force banks to hold more capital than the minimum level demanded by Brussels. But the City of London is already a target for public outrage over growing inequality. It isn’t helped by getting caught in the political cross fire.

Likewise, London will now find it harder to attract allies in the EU. Some proposed European rules seem designed to disadvantage the City: the European Central Bank’s demand that clearing of euro-denominated financial products be done in the euro zone looks particularly egregious. But others, such as the European Commission’s flawed regulations for credit ratings agencies, should face opposition outside London as well.

In the long run, Cameron’s stand may even undermine Britain’s membership of the EU, as well as the free capital flows and access to the single market that comes with it. It is hard to see how taking that risk was in the City of London’s interest.

British prime minister David Cameron opted out of a pan-European agreement to introduce new budget and debt rules for euro zone states on Dec. 9, arguing that it was not in the UK’s interests to sign up to the deal.

German chancellor Angela Merkel and French president Nicolas Sarkozy had wanted to get the all 27 members of the European Union to agree to change the Lisbon treaty so that automatic sanctions to back budget and debt rules for the euro zone states could be enshrined in basic law.

But Britain refused to back the move, demanding guarantees to protect its financial services industry. Specifically, Cameron had sought the right to veto new rules that might otherwise have been passed if they won sufficient support from EU members.

The 17 members of the euro zone will now push ahead with the support of the nine remaining EU states that are not part of the single currency.