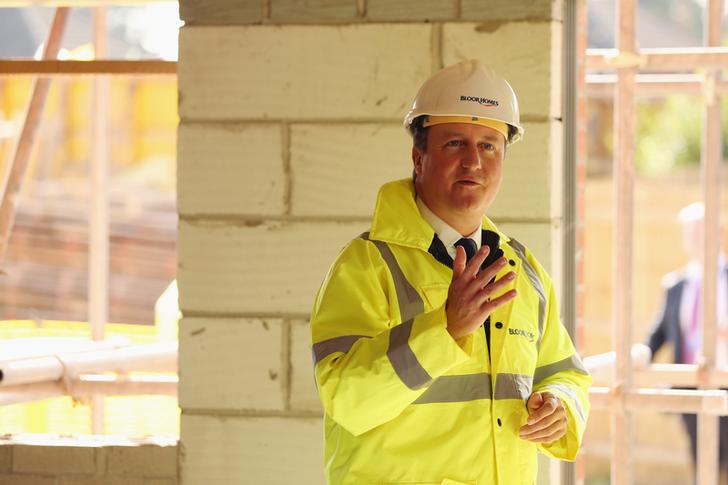 The UK’s Help to Buy scheme is a no-brainer for banks. On Oct. 8, the UK government is likely to disclose final details of its questionable policy encouraging homebuyers to take on large, taxpayer-backed debts at the bottom of the interest-rate cycle. There are good reasons for banks to feel wary. But there are hard financial reasons for them to sign up.

Since 2008, the supply of mortgages worth more than 80 percent of the value of a home has been drastically reduced. Help to Buy guarantees a portion of the loan, so buyers will be able to access 95 percent loan-to-value mortgages at similar low rates to 80 percent LTVs.

Normally, lenders are dissuaded from high LTV lending because the “risk weighting” on 95 percent LTV mortgages is 20 percent, compared to 13 percent for 80 percent LTV mortgages, according to one mortgage expert. That means it requires more of their scarce capital. With Help to Buy, banks should be able to lend more without deploying any more capital. It’s especially attractive at LTVs above 90 percent, where little lending is currently occurring.

A few details remain to be settled, which may be why only taxpayer-backed Lloyds Banking Group and Royal Bank of Scotland have thus far signed up. The UK’s Prudential Regulation Authority has yet to confirm whether banks can grab all 7 percentage points of the capital benefit – European securitisation rules mean they might get a bit less. And banks will have to pay the state a charge of 90 basis points to access guarantees on the 90-95 percent LTV mortgages.

Yet this doesn’t stop Help to Buy being a good deal for banks. The 90bp fee can be amortised over four years. And the capital benefit of writing 95 percent LTV business as if they were 80 percent will effectively reduce this fee by at least a third, according to the mortgage expert.

Far-sighted bankers may yet persuade their lenders not to participate. They can point to potential hidden costs – guilt by association if the scheme inflates a bubble that bursts, and the outside chance that a future government could renege on its guarantee. But standing by while Lloyds and RBS take market share may bother them more.

The UK government is likely to outline the capital treatment of its Help to Buy scheme on Oct. 8, according to two people familiar with the situation.
Some UK bankers are wary of the uncertain capital treatment that will be applied to the mortgages and the risks that will be created by low deposits and high loan-to-value ratios, the Financial Times reported on Oct. 2.