The price of security 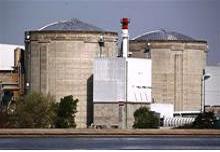 David Cameron really is rolling out the red carpet for French investors – and no matter that they are state-backed. The first power plant of the UK’s nuclear reset will be built in the county of Somerset by a consortium led by EDF, the French government-controlled utility. UK taxpayers will guarantee the price paid for energy it produces from 2023. And EDF says it will meet its target of a 10 percent return on investment, in spite of making concessions during negotiations. The investor consortium – which includes two Chinese nuclear power groups, CGN and CNNC – will take on any extra cost and fund the plant’s decommissioning programme. This deal strikes the right balance, assuming energy markets do not suffer major turmoil.

The UK will pay 92.5 pounds per megawatt-hour for the electricity produced by the Hinkley Point C plant, with the price fully indexed to inflation for the 35 years of the plant’s life. That’s double the current wholesale price and may look a bit steep from the British customer’s perspective. But the parties met halfway – EDF was asking for 100 pounds per MGh, London was suggesting 80. And the price could be lower if EDF goes ahead with building a second nuclear plant.

Cameron has succeeded in rebooting the UK’s stalled nuclear programme, which will help it meet its emission reduction targets. Taxpayers’ money will not be used to build the plant, although the investment will benefit from government guarantees. The question beyond that is whether the energy pricing deal is fair for the UK. The answer is that it depends on the vagaries of energy markets, where the government wishes for long-term security of supply are sometimes at odds with sudden technological shifts – think liquefied natural gas or shale gas. Investments in nuclear energy, by contrast, rely on predictability of prices and markets; and you can’t close a plant when supply outstrips demand.

So it may be that ten or twenty years from now, the UK government will look either very foolish, or on the contrary very wise, to have struck the Hinkley Point deal. But no one can take it to task for introducing some long-term stability in the UK’s energy mix.

EDF and the British government have signed an agreement to build two nuclear reactors for a total cost of 16 billion pounds, the French utility said on Oct. 21.
The first new reactors in the UK in around 20 years will be built with the help of EDF’s Chinese partners, China General Nuclear Corporation and China National Nuclear Corporation.
EDF said it would have a 45 to 50 percent stake in the consortium to build two Areva-designed European Pressurised Water Reactors (EPRs) at Hinkley Point C in Somerset, southwest England.
The Paris-based company is also developing proposals for two EPR reactors at Sizewell C in Suffolk, eastern England. The Chinese groups will have a combined stake of 30 to 40 percent in the project, while Areva will take a 10 percent stake.
The contract will last for 35 years from the date of commissioning, with an electricity price set at 92.5 pounds per megawatt-hour, or 89.5 pounds if the project at Sizewell goes ahead.