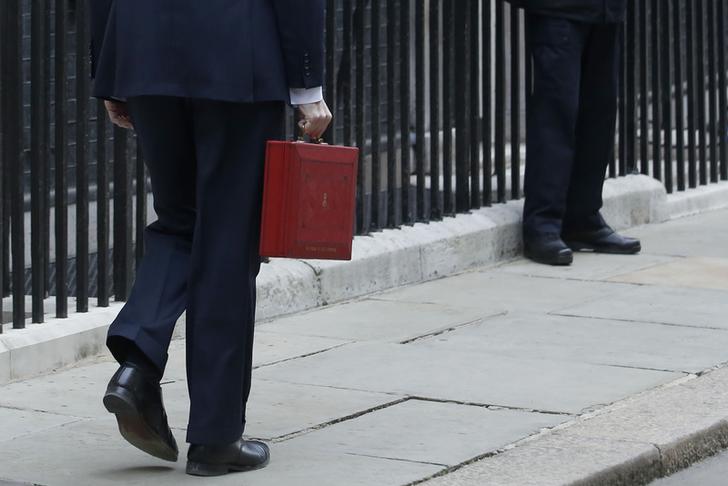 George Osborne claimed to have a big white rabbit up his sleeve. It turned out the UK chancellor had hidden a cuddly toy for pensioners. Osborne is running the budget for both the economy and the election.

The chancellor will give pensioners more scope to play with their accumulated pension funds with tax and regulatory changes. In addition, a new bond will pay pensioners a 4 percent interest rate over three years – a transfer from younger taxpayers to old savers.

The economic case for letting pensioners spend their pots is doubtful. They might increase consumption, but they might end up poorer later – and more of a burden on taxpayers. Osborne’s game, however, is at least in part political. He has given some nice perks to the relatively rich elderly who have pensions – largely Conservative voters, as it happens.

A 119 billion pound limit on total welfare spending also has a political edge. If the opposition Labour party wins the next election, scheduled for 2015, it will have to break the new charter to put benefits up. But there is also a good economic case for curbing some of the pre-crisis expansion of welfare spending.

The economic case for savings, investment and exports is strong and Osborne nudged it in the right direction. He will double the annual investment allowance for companies, to 500,000 pounds, and increase export finance. At the bottom of the ladder, it is hard to fault the increase in the income threshold for paying any tax.

Housing construction, which is difficult and potentially expensive, got little support. But there were some cheap populist moves, including a halving of the duty on bingo. The low price of the giveaways allows the budget to remain austere overall. There is good reason for that. The fiscal deficit is still set to be a high 5.5 percent of GDP in the next fiscal year.

What Osborne, commendably, did not do is offer the giveaways to middle and high earners for which some Conservatives have been screaming. But you would have to be brave to bet against that being his big white rabbit next year.

Britain's Chancellor of the Exchequer, George Osborne, walks away from number 11 Downing Street before delivering his budget to the House of Commons, in central London March 19, 2014.

British Chancellor George Osborne courted voters ahead of an election in 2015 with promises of help for savers, tax breaks for manufacturers and lower levies on beer and bingo.

In an upbeat annual budget statement, Osborne announced upgrades to official forecasts for the country’s economic growth, although he stressed he would stick to his belt-tightening plans which will include a cap on welfare spending.

His help to savers - who have been hurt by near-zero interest rates - included an easing of requirements on pensioners to buy annuities and a creation of government savings accounts which will pay above-market interest rates to people aged over 65.