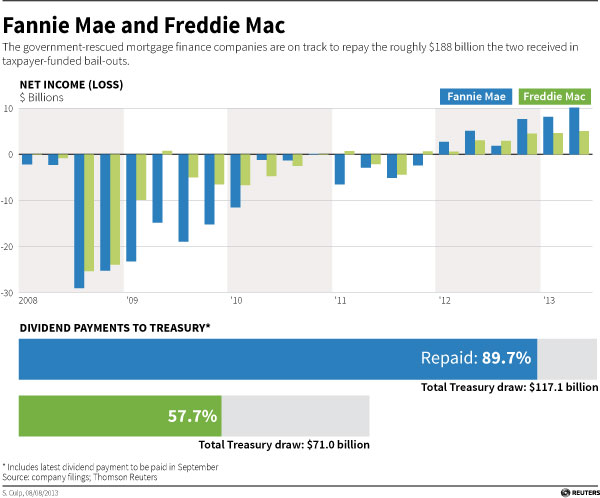 Forget about Apple and Exxon. At $10 bln, Fannie Mae’s second-quarter showing bested the tech and oil giants’ profit by 46 percent. Congress must be tempted to hold on to the lucre rather than wind down Fannie and sister agency Freddie Mac. But such earnings supremacy won’t last.

or
Request a Free Trial
or
Unilever can still avoid Danone’s fate
Sign in to your Breakingviews account
If you need assistance please email breakingviews.clientsupport@thomsonreuters.com

The government-rescued mortgage finance companies are on track to repay the roughly $188 bln the two received in taxpayer-funded bail-outs. Aug 8, 2013 REUTERS/STEVEN CULP