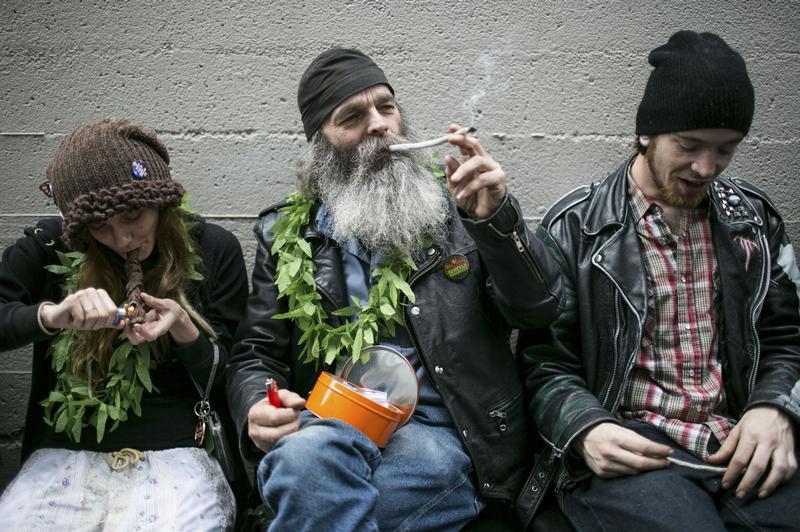 It’s high time for Uncle Sam to hash out America’s marijuana situation. Now that four states and the District of Columbia have legalized recreational cannabis better regulation is warranted for commerce and safety reasons alone. Without the federal government tweaking laws to consent to the will of the states, the fledgling industry will remain in the shadows of professionalization.

When just Colorado and Washington state began to experiment with legalized pot, the White House could merely look the other way. But in November’s election, Oregon, Alaska and Washington, D.C. also approved recreational weed. With four states plus the nation’s capital on board, nearly half of the states approving weed for medical purposes, and others likely to follow, national lawmakers can’t ignore the movement’s smoke signals.

Without federal attention, the market for marijuana may be dangerous and dysfunctional. Colorado’s struggles with the market for comestible products made with the drug’s active ingredient, THC, demonstrate the problem. Edibles can contain concentrated doses or very little of the drug, leaving consumers dazed and confused on how much to eat safely.

The Food and Drug Administration, usually responsible for labeling and standards, is a federal agency and therefore takes a pass on weed. Universities in states that have legalized the drug could be in a position to research the effects of cannabis use to help local regulators. But they’re forced to abstain for fear of seeing their federal funding revoked.

Commerce remains impaired too, as lenders aren’t keen to back loans tied to the industry, fearing government retaliation. The federal Farm Credit System also refuses to back marijuana growers. Such problems prompt Congress to either prohibit these states’ pot experimentation or to permit, and regulate, at the federal level, but let states determine whether or not to partake.

While a heavy lift, Washington lawmakers now have an excuse to weigh in sooner rather than later: weed was just legalized in their backyard, and they ended federal enforcement for medical marijuana in the year-end spending bill. There are good reasons for Republicans, who will soon control Congress, to embrace pot. For one, it would showcase their proclivity toward states’ rights. And their libertarian-leaning members may support legalization outright: Kentucky Senator and likely presidential contender Rand Paul urged his colleagues to assent to the District’s legalization.

The GOP’s desire to appeal in the 2016 presidential election to younger voters and groups who may applaud decriminalization also favors relaxing federal opposition. It’s probably not their first order of business, but stoners may be surprised to see their pastime liberated in the coming year.

Oregon, Alaska and the District of Columbia all approved ballot initiatives to legalize marijuana in the U.S. election held on Nov. 4. They will join Washington state and Colorado, which legalized recreational cannabis earlier this year. The drug remains illegal on a national level, but the federal government has agreed to relax enforcement in the states choosing to legalize it.

Oregon, Alaska and the District of Columbia all approved ballot initiatives to legalize marijuana in the U.S. election held on Nov. 4. They will join Washington state and Colorado, which legalized recreational cannabis earlier this year. The drug remains illegal on a national level, but the federal government has agreed to relax enforcement in the states choosing to legalize it.