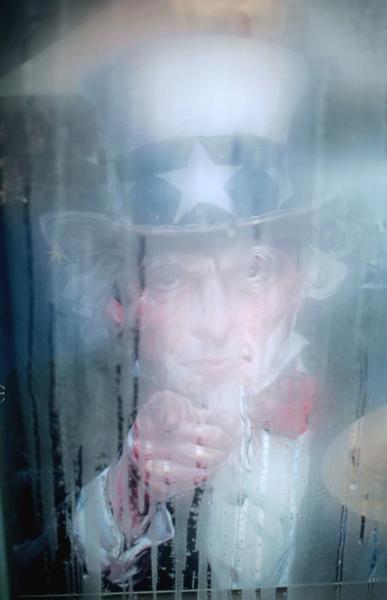 BDO Seidman’s ex-CEO beat evasion charges but is broke because the accountant stopped footing his legal bills. In trying to recoup costs, he now alleges that the firm cut him off on a pretext under pressure from prosecutors. Enforcement can be tough without ruining targets.

A poster featuring an image from the iconic World War 1 Uncle Sam military recruitment campaign sits behind a foggy display window, outside the government buildings on Capitol Hill in Washington February 16, 2007. REUTERS/Jason Reed

The former chief executive of BDO Seidman on Feb. 21 announced that he had asked a New York state judge to overturn an arbitration award that allowed the accounting firm to stop reimbursing his legal fees. Denis Field accuses BDO of yielding to U.S. government pressure and falsely telling the arbitrator that he had breached the agreement providing for reimbursement.

Federal prosecutors accused Field of helping to develop and sell tax shelters that allowed clients to fraudulently evade about $1.3 billion of income taxes. While under investigation in 2007, Field was told BDO would no longer honor its legal fee arrangement because he had failed to disclose a lawyer’s warning in 2000 that the Internal Revenue Service might disallow the shelters.

Field’s attorneys, however, recently discovered testimony suggesting that BDO received the same warning. The firm lied about it, say the lawyers, to create a pretext for cutting off payments to Field and curry favor with prosecutors. Field was acquitted of all charges in a retrial last year. Five former BDO partners or principals pleaded guilty, and BDO admitted wrongdoing in a deferred prosecution agreement that required it to pay a $50 million fine.

BDO said in a written statement that an “arbitrator has previously ruled that BDO met all of its financial obligations to Mr. Field and a subsequent challenge by Mr. Field in New York State Court to overturn the arbitrator’s decision was unsuccessful. This latest effort by Mr. Field will also fail as the governing law and the facts of the case have not changed.”