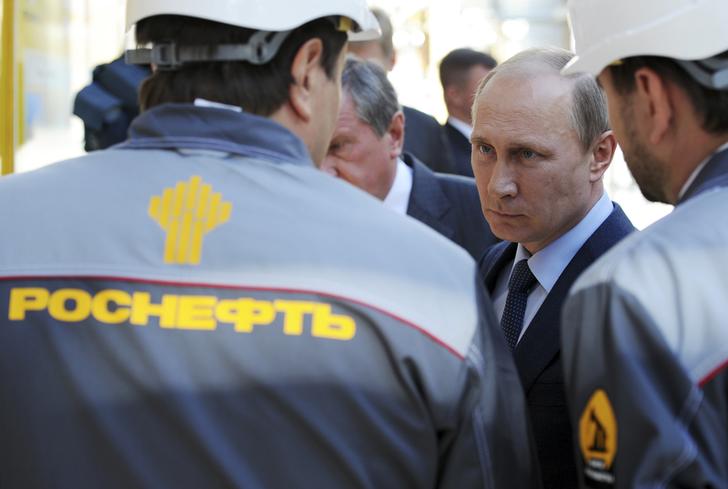 Sanctions can cut both ways. The U.S. is targeting Rosneft boss Igor Sechin. Will Russia retaliate against BP, which owns 20 pct of the oil giant? Probably not, thanks to the British company’s approach. But all foreign business partners are subject to Putin’s wrath.

Shares of BP fell 1 percent after a new round of U.S. sanctions targeted the chief executive of Rosneft, the Russian oil company in which BP owns just under a 20 percent stake.

The sanctions against Igor Sechin, a longtime associate of Russian President Vladimir Putin, six other Russians, and 17 companies add to earlier measures taken when Russia annexed Crimea last month, and are intended to stop Putin fomenting rebellion in eastern Ukraine. Rosneft itself was not a target of sanctions.

BP became Rosneft’s biggest non-state shareholder and was awarded two board seats after it sold its Russian joint venture to the company in March, 2013. BP earned under $500 million in dividends from its Rosneft stake last year. The Russian company accounts for around 10 percent of BP’s earnings before interest and tax, according to Jefferies.