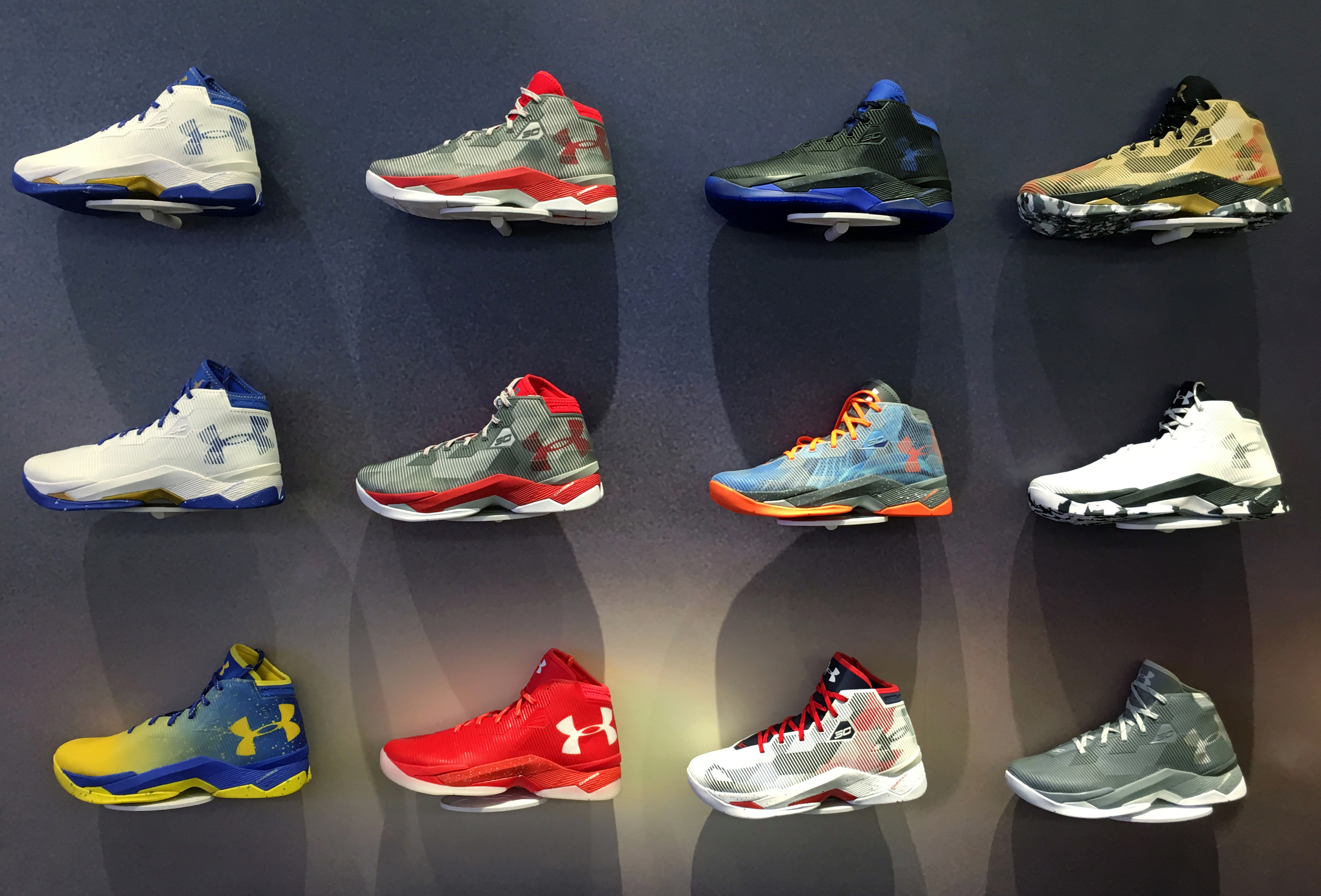 Flagging growth and federal accounting probes are bad, but in a normal company they wouldn’t knock 20% off the shares. The $7 bln apparel maker, though, is not normal. An unfireable boss and jumbled accountability make it hard to convince investors anything at all is going right.

A wall of basketball shoes is seen on display at an Under Armour store in Chicago, Illinois, U.S., October 25, 2016.

Under Armour shares fell 20% by 3:10 p.m. in New York on Nov. 4 after it cut its forecast for full-year sales growth and confirmed that it was being investigated by the Securities and Exchange Commission and the Department of Justice over its accounting practices.

The company’s revenue fell 1% to $1.4 billion in the third quarter from a year earlier. It forecast full-year sales growth of 2%, compared with earlier guidance of 3%-4%.

Federal authorities are investigating whether the company shifted sales from quarter to quarter to make them appear healthier, the Wall Street Journal reported on Nov. 3. The company said in a call on Nov. 4 that it had been cooperating with SEC inquiries for nearly two and a half years.

Founder Kevin Plank has said he will give up the chief executive role at Under Armour to become its executive chairman and brand chief from Jan. 1. Patrik Frisk, chief operating officer since 2017, will then become the new chief executive.