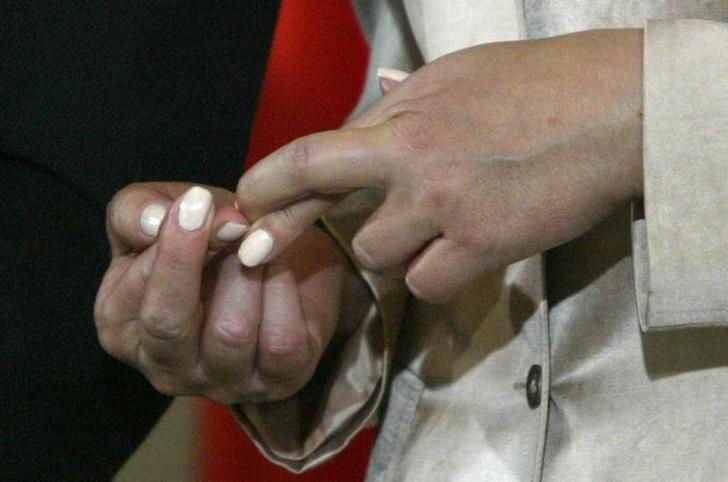 UniCredit is going for a fingers-crossed capital plan. The Italian bank’s strategy to boost returns and solvency involves a credible dose of cost-cutting. But to boost its common equity Tier 1 ratio to a still-unexceptional 11.5 percent, it will need topline growth that may not materialise.

UniCredit’s latest rejig was hardly a surprise. The bank’s capital ratio looked relatively weak at just over 10 percent in the third quarter, and its return on tangible capital was below 5 percent. That reflects factors beyond UniCredit’s control, like negative interest rates in the euro zone, but also its inflated cost base. It now hopes to reach an 11 percent return on tangible equity, but not until 2018.

The good news is that Chief Executive Federico Ghizzoni has bitten the bullet on costs. The group plans to reduce headcount by 18,000, and restructure or sell unprofitable divisions like retail banking in Austria. It hopes to slash current costs by 1.6 billion euros.

The snag is that the final targets still rely on growth. Ghizzoni wants to increase fee income from selling asset management products by 2 billion euros, which makes up nearly half the boost in net income to reach the 11 percent return. Yet that is an increasingly competitive business. And the capital target also assumes bad loans will fall thanks to a recovering economy and improved Italian bankruptcy laws. UniCredit expects non-core assets to shrink by 34 billion euros and its risk-weighted assets by 17 billion euros.

An 11.5 percent common equity Tier 1 ratio by 2018 builds in a buffer of perhaps a percentage point over minimum levels and regulatory add-ons, and a sale of Austrian operations would bolster things further. Still, regulators could keep jacking up capital levels, or penalising assets like sovereign bonds. On average, euro zone banks are already at 11.8 percent, Morgan Stanley reckons.

UniCredit trades at 80 percent of its tangible book value. Until Ghizzoni makes tangible progress, investors may wonder why he didn’t just do his second rights issue in four years.

UniCredit announced a new strategic plan on Nov. 11. The group plans to reach a return on tangible equity of 11 percent by 2018, and a common equity Tier 1 ratio of 12.6 percent, or 11.5 percent after dividends.

The group plans to reduce costs by 1.6 billion euros and reduce headcount by 18,000 between 2014 and 2018. It also plans to grow fee income, which includes commissions from asset management products by 2 billion euros.

UniCredit reported a return on tangible equity of 4.8 percent in the third quarter of 2015, as well as a fully loaded common equity Tier 1 ratio of 10.78 percent.