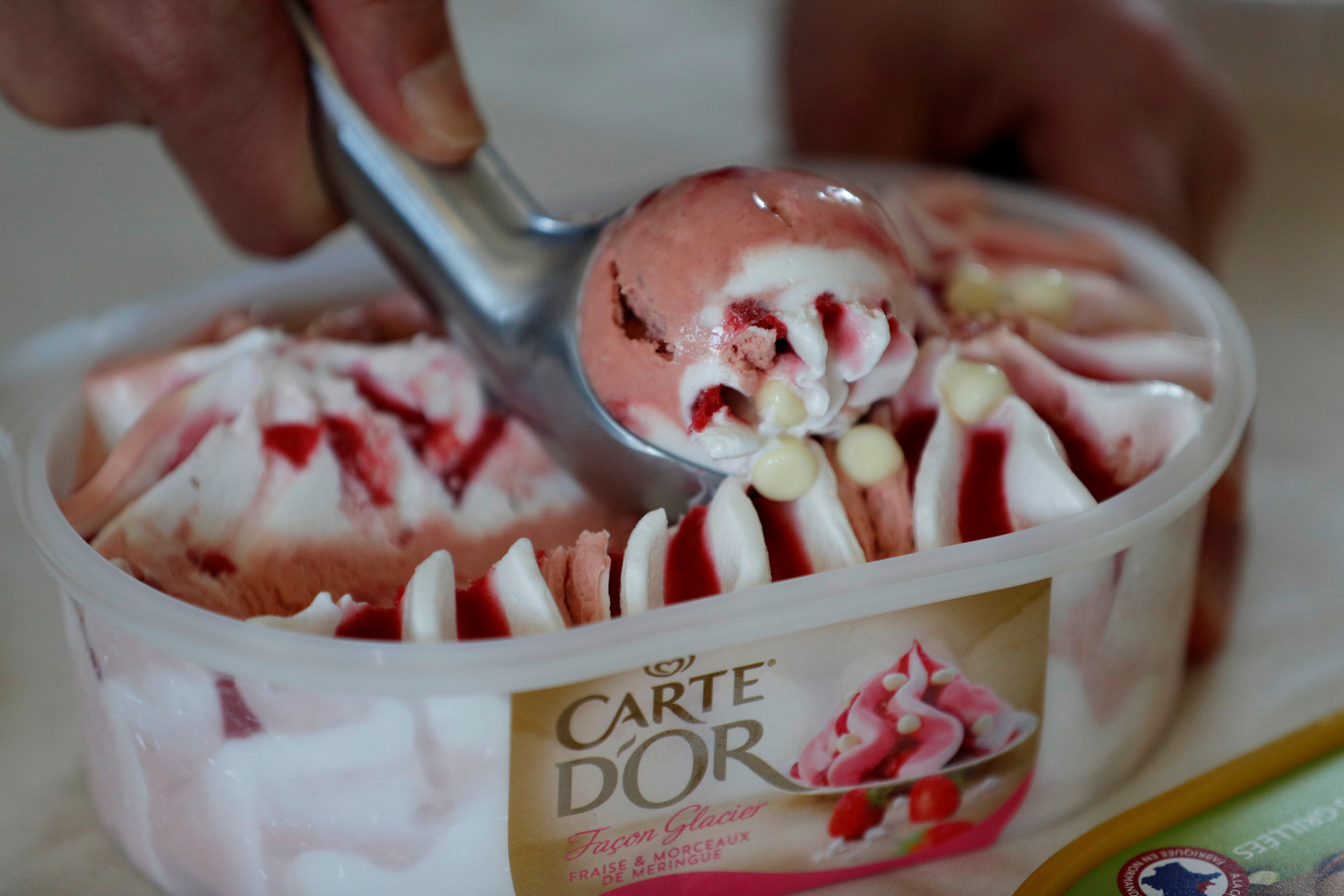 An employee prepares a scoop of ice cream at the Miko Carte d'Or, part of the Unilever group, factory in Saint-Dizier, France, May 4, 2016.

Unilever and Nestlé on April 18 each posted higher-than-expected sales growth in the first three months of the year and confirmed their full-year guidance. Both companies said they were sticking to their 20 percent operating margin targets for 2020.

Unilever, which had a market value of $165 billion as of April 17, said underlying sales, stripping out acquisitions, disposals and currency moves, rose 3.1 percent in the first quarter compared to a 2.8 percent analyst forecast provided by the company. Sales growth was helped by strength in emerging markets.

Nestlé, with a market capitalisation of $289 billion, reported organic growth of 3.4 percent compared to 2.8 percent expected by analysts in an Infront Data poll.