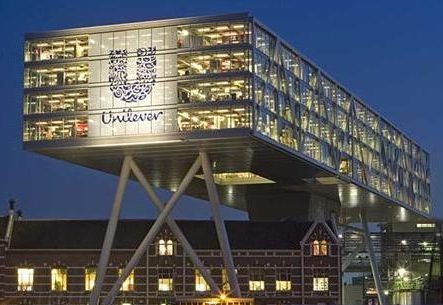 The Dove soap maker has picked Rotterdam as its global base in a corporate streamlining. Scrapping its Dutch trust office will help reassure investors that the move is not a takeover defence. However, the reshuffle may also rob the FTSE 100 index of one of its larger members.

The Unilever office in Rotterdam, Netherlands. Image courtesy of the company.

Unilever has picked Rotterdam over London as the location for its corporate headquarters, the company announced on March 15.

Unilever’s two separate holding companies will become a single group incorporated in the Netherlands. The company’s statement said that the decision reflects the fact that shares in the Dutch holding company account for around 55 percent of the group’s combined share capital and trade with greater liquidity than shares of the UK company.

The company said it would seek a premium listing on the London Stock Exchange and listings in Amsterdam and New York. It will be holding talks with the major stock market index providers to determine how they will treat the company under its new structure.

Unilever’s 7,300 UK employees will be unaffected by the unification plan and the company will continue to spend nearly 1 billion pounds per year in the United Kingdom.