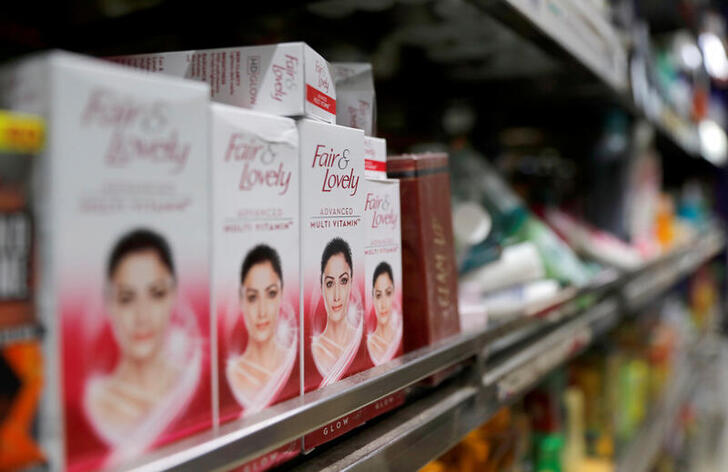 The Anglo-Dutch giant is renaming skin-lightening products popular in India which generate $500 mln in sales. Dropping them, like J&J, would better fit with CEO Alan Jope’s values-driven ethos. Multinationals trying to be global and progressive will face more of these dilemmas.

"Fair & Lovely" brand of skin lightening products are seen on the shelf of a consumer store in New Delhi, India, June 25, 2020.

Unilever will remove the words “fair/fairness”, “white/whitening”, and “light/lightening” from its products’ packs and communication because this branding suggests a singular lighter ideal of beauty, the $146 billion Anglo-Dutch group said on June 25.

The "Fair & Lovely" brand name, which is sold across Asia and has sales of more than $500 million, will be changed in the next few months.

In 2019, Unilever removed before-and-after impressions and shade guides that could indicate a transformation on Fair & Lovely packs in India, and switched to describing the product benefits as glow, even tone, skin clarity and radiance. However, the name change comes weeks after Black Lives Matter protests compelled multinationals to take a stand on social media against racial inequality. Commenters on Unilever’s tweet in support of the movement call on it to stop making “Fair & Lovely”.

U.S. rival Johnson & Johnson on June 19 said it had decided to stop selling its “Neutrogena Fine Fairness” line, which was only sold in Asia and the Middle East, and “Clean & Clear Fairness”, which was only in India. It had already planned to discontinue the former later this year and replace it in several markets with “Neutrogena Bright Boost”. These products account for less than 1% of J&J’s 2019 global beauty sales. On June 2, Chief Executive Alex Gorsky put out a statement vowing to do more to fight racial inequality.

L’Oreal is also having discussions in view of the backlash in the wake of the Black Lives Matter movement, Reuters reported citing a company source in India.