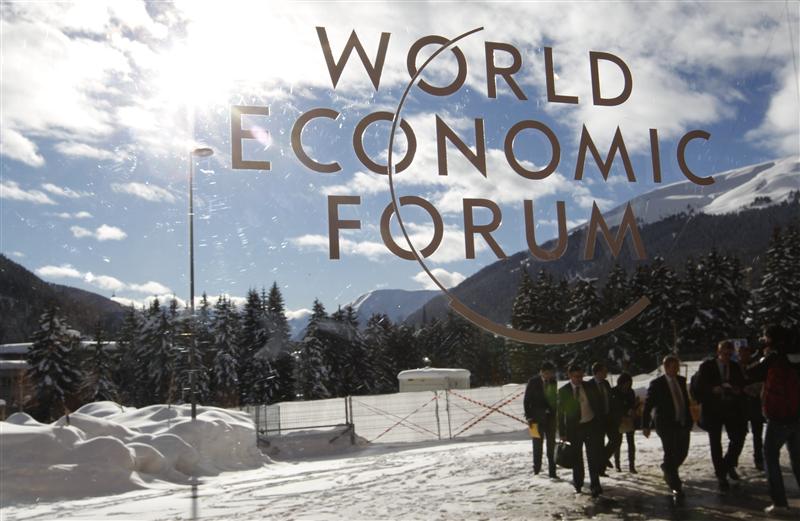 The most difficult guest to avoid bumping into at the World Economic Forum this year has no badge. He was not invited to the annual gathering in Davos, but he haunts the panels, hallway conversations and politicians’ speeches. He is Mr. 99 Percent, the specter of the unemployed and disenfranchised.

Not everyone at the Swiss conference is a member of the privileged 1 percent, but the whole point of the endeavor is to bring together the powerful of the world (and Mick Jagger). And the Indian billionaires, Chinese entrepreneurs, Wall Street chieftains and leaders of organized labor agree on one thing. An increase in civil unrest would be bad for business. The only beneficiaries of last year’s confrontations in the streets of downtown Manhattan, north London or Santiago were the makers of tear gas and barricades.

But the power-brokers and plutocrats cannot agree on what should be done. The Forum’s agenda is a bit schizophrenic. A Wednesday panel, “The Seeds of Dystopia,” focused on how to keep the 225 million unemployed around the world from losing faith in capitalism and civic institutions. One idea was to pay more attention to limiting the ratio of executive compensation to average worker pay.

But at the same time, and just down the hall, a hedge fund manager, a consultant and a corporate chairman discussed “The Compensation Question.” Their answer, in a nutshell, was that it’s a matter for shareholders – leave us alone.

Some panels are defensive. “The Dark Side of Connectivity” focused on the security risks created by new technologies such as the social networks that let protesters – from Cairo’s Tahrir Square to Manhattan’s Zuccotti Park – organize in real time. But some people are hopeful. Former U.S. Treasury Secretary Larry Summers sees the cries against wealth disparity as a symptom of the economy’s woes. By that token, the protests will diminish as growth rebounds.

Even if the poor of the world do not cause much more trouble to the rich, one thing is clear. For a first trip to Davos, badge or no badge, Mr. 99 Percent has made quite an impression.

Visitors are reflected in window of the congress center, venue of the World Economic Forum (WEF) in Davos, January 26, 2012.

The World Economic Forum is holding its annual meeting in Davos, Switzerland from Jan. 25 to 29. The WEF describes itself as “an independent international organization committed to improving the state of the world by engaging business, political, academic and other leaders of society to shape global, regional and industry agendas.”