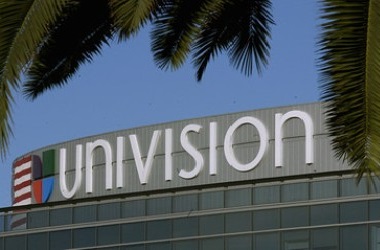 Univision’s initial public offering might just be a warm-up act for a bigger M&A show. The U.S. Spanish-language broadcaster’s private equity backers are finally taking the company public after a rocky eight-year ride. The company would make a good fit inside a competitor but a full sale may need to wait.

With a grip on one of the fastest growing segments of the U.S. population, Univision is in a unique position. Brands such as Coke are flocking to its collection of TV and radio stations to reach Hispanics, who by 2030 will comprise about 22 percent of the country. Advertising sales at Univision, which account for more than 70 percent of its $2.9 billion in annual revenue, increased by 6 percent in 2014 from a year earlier, exceeding the 4.8 percent industry average, according to Standard Media Index data.

Reaching these consumers must be tempting to rival broadcasters. Disney contemplated a bid for Univision back in 2006, and subsequently forged a partnership with it on cable and digital outlet Fusion. CBS and Time Warner have mulled an offer more recently.

To justify such a pricey acquisition, however, could be tough. Disney’s $200 billion kingdom is valued at about 12 times projected EBITDA for the next year. The Time Warner enterprise fetches 11 times EBITDA and CBS about 10 times. Univision probably will command a premium.

Current owners paid almost 15 times EBITDA. At that same multiple, Univision would be worth $19 billion, including debt. The private equity shops may reckon the company is worth even more, and fund managers could yet agree. Without any clear public valuation or easy comparisons, a corporate suitor might struggle to make the case to its own shareholders.

What’s more, Mexico’s Grupo Televisa is an important supplier of programs and holds a 22 percent stake in Univison. While Televisa is precluded from owning much more because of foreign ownership restrictions, it may be biding its time in hopes those rules get relaxed. Conditions suggest it is in the interest of buyers and sellers alike for a Univision IPO to happen first. Stay tuned, though.

U.S. Spanish-language broadcaster Univision, which was taken private in a $13.7 billion leveraged buyout in March 2007, on July 2 filed documents with regulators for an initial public offering.

Univision also extended a programming agreement with Mexico’s Grupo Televisa from 2025 to 2030. As part of that arrangement, Televisa will convert $1.13 billion of debt into warrants exercisable for new classes of Univision stock and $135 million in cash. Televisa’s voting interest will expand from 5 percent to 22 percent.

Morgan Stanley, Goldman Sachs and Deutsche Bank are among the underwriters for the IPO.