A blow for continuity 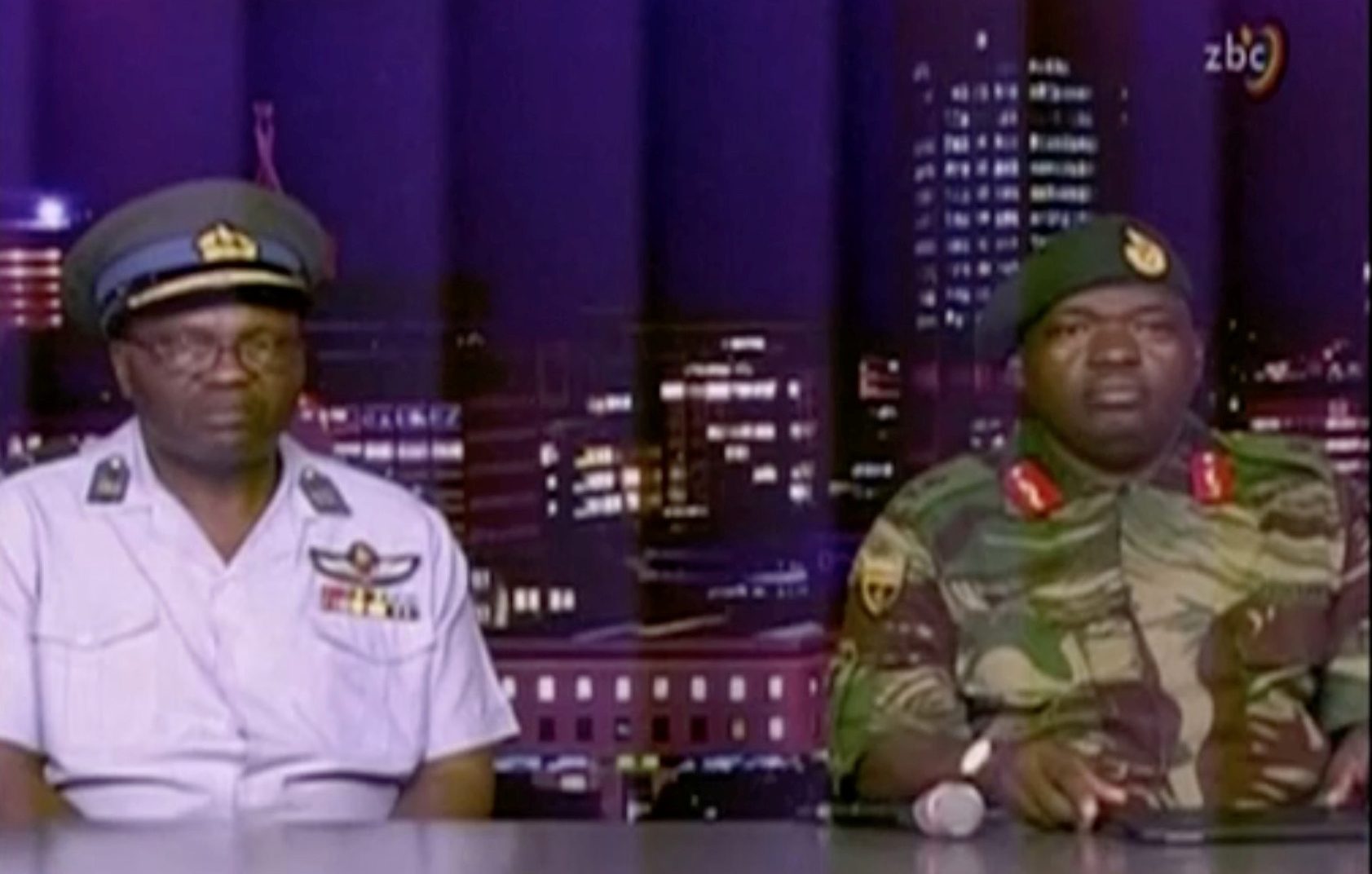 An army takeover augurs change, but not a solution to the African nation’s economic problems, which include a bloated civil service and a currency crisis. Governments can change overnight, but bringing back human and financial capital – and fresh investment – is slow work.

Zimbabwe Defence Forces Major-General SB Moyo (R) makes an announcement on state broadcaster ZBC, in this still image taken from a November 15, 2017 video. ZBC/Handout via REUTERS ATTENTION EDITORS - THIS IMAGE HAS BEEN SUPPLIED BY A THIRD PARTY. NO RESALES. NO ARCHIVES. ZIMBABWE OUT. NO COMMERCIAL OR EDITORIAL SALES IN ZIMBABWE - RC14514BA720

Zimbabwe's military seized power on Nov. 15 targeting "criminals" around President Robert Mugabe. It gave assurances on national television that the 93-year-old, who has led Zimbabwe for 37 years, was "safe and sound", Reuters reported.

Zimbabwe's opposition Movement for Democratic Change called for a peaceful return to constitutional democracy, adding it hoped the military intervention would lead to the "establishment of a stable, democratic and progressive nation state".

In the past year a chronic absence of dollars has led to long queues outside banks.

In a televised statement, a senior military official said that the purpose of the campaign was "to pacify a degenerating political, social and economic situation in our country, which if not addressed may result in a violent conflict”.