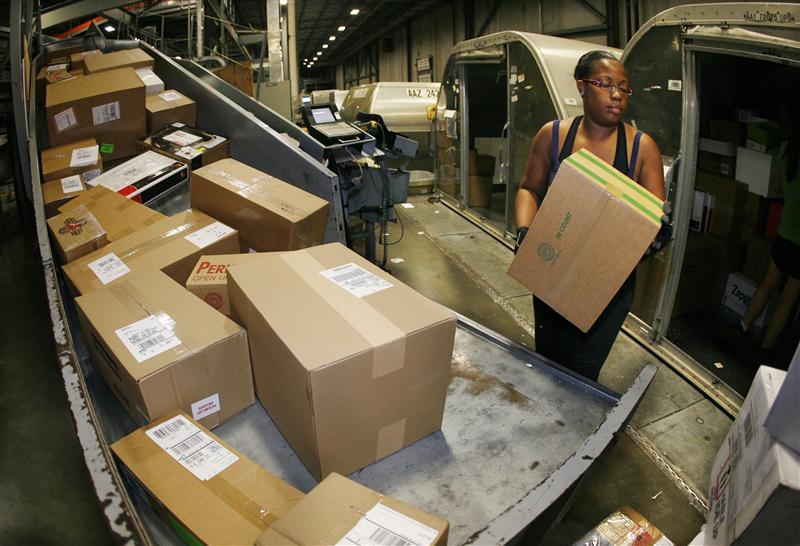 While traditional postal services struggle with email and upstart competitors, the express industry – rapid international deliveries, courier services, and parcels – has fared better. But the sector still cries out for consolidation, because zipping packages worldwide is a scale game. Hence last year’s TNT-PostNL separation, under pressure from activist investors.The newly single TNT made a clear bid target: sizeable in Europe, but globally lagging UPS, FedEx, and Deutsche Post’s DHL, and struggling to make money in Brazil and China.

UPS’s 9 euros-a-share all-cash bid may look first class, pitched at an outsize 43 percent premium to TNT’s previous close. It values TNT at 10.4 times the 470 million euros in EBITDA that Nomura estimates it will make in 2012. UPS trades at 9.8 times current-year EBITDA and FedEx at just 6.1 times, Starmine data shows.

But TNT is right to drag its feet. The offer is still a 5 percent discount to the shares’ first close post the demerger. Investors weary with the weak performance of TNT shares since the separation will not be easily appeased.

Big synergies, based partly on combining ground and air fleets, could justify UPS going higher. Barclays Capital reckons it could reap $451 million in annual gains if it gets TNT’s margins up to its own. Taxed and capitalised, these are worth perhaps $3.4 billion – against the $1.9 billion premium currently on offer. But disposals to appease antitrust regulators may pare back the value creation to something less stratospheric: on BarCap’s figures, UPS already has 23 percent of Europe’s international express market, and TNT 16 percent.

UPS is probably reluctant to launch a hostile bid. This would be a transformational deal and the company has never done anything big in Europe before; it needs to keep TNT management on side. But TNT really needs to get an auction going to force UPS to pay up. Antitrust concerns make DHL a non-starter as a counterbidder – but not FedEx. UPS’s home rival is more highly geared, and would enjoy fewer synergies. Still, FedEx also risks being marginalised in Europe, and even a failed intervention could compel UPS to raise. This courtship is going somewhere.

United Parcel Service employee Chelsea Coleman works to load packages into air containers during the next day air sort at the UPS Worldport All Points International Hub in Louisville, Kentucky May 26, 2010.

On Feb. 17 TNT Express, the Dutch freight and delivery firm, said its supervisory and executive boards had rejected an “unsolicited non-binding and conditional” takeover proposal from rival United Parcel Service. UPS, which is based in Atlanta, Georgia, confirmed that it made the proposal on Feb. 11, and said the cash offer was “revised, increased and comprehensive”. Both companies said discussions continued.
The indicative 9 euros-per-share proposal values TNT stock at a 43 percent premium to the 6.3 euros closing price on Feb. 10, the last day before UPS made its approach.
Parent company TNT demerged in May 2011. TNT Express split from domestic Dutch mail unit PostNL, which took a 29.9 percent stake in its sister company. TNT Express stock closed at 9.45 euros on May 26, its first day of trading.
Investors have since criticised TNT Express for poor operational and share price performance and said the company’s boards should be more open to consolidation, part of the original rationale for the split. In December, U.S. activist investor Jana Partners requested TNT replace chairman Antony Burgmans and two other board members with its own nominees. Jana and a Canadian partner own 5 percent of TNT. A source familiar with the thinking at PostNL told Reuters it backed Jana’s demands and believed TNT management were destroying shareholder value.