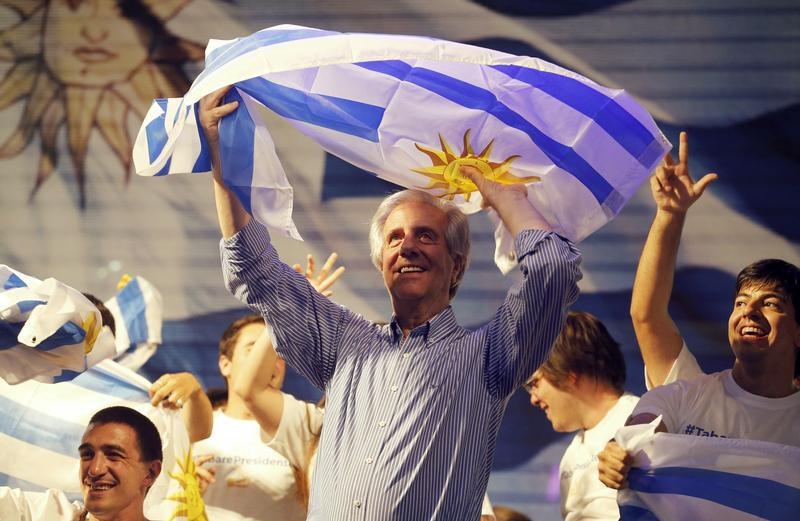 Uruguay should shine economically relative to Brazil, regardless of who becomes president. Like its larger neighbor, Uruguay is into a second-round presidential election, set for Nov. 30. Unlike Brazil, it’s in decent economic shape and reasonably wealthy. Even the less market-friendly candidate, Tabare Vazquez, has been president before without mishap.

Vazquez ended his single permitted five-year presidential term in 2010, and Jose Mujica, also a leftist Broad Front candidate, has been in charge since. Economic results have been decent. Uruguay averaged 5.5 percent GDP growth between 2006 and 2013, and is expected by the IMF to achieve 2.8 percent GDP growth in 2014 and 2015.

Successive governments have been careful with Uruguay’s finances. The country ran a budget deficit of only 0.2 percent of GDP in 2013, although that is expected to grow this year. Uruguay ranks 38th on the Heritage Foundation’s 2014 Index of Economic Freedom, below Chile and Colombia in Latin America but far above Brazil, which is in a lowly 114th place among 178 countries listed.

There are economic concerns. The IMF expects inflation above 8 percent and current account deficits of around 6.5 percent of GDP in both 2014 and 2015. Still, that’s barely above Brazil’s inflation rate and well below the pace of price increases in troubled Argentina and Venezuela. The payments deficit, while dangerous in a downturn, mainly reflects foreigners’ enthusiasm to invest in Uruguay.

Both Vazquez and his successor strengthened welfare programs. Mujica disquieted Uruguay’s social conservatives by legalizing marijuana as well as permitting gay marriage and abortion. But even Vazquez’s rejection of a possible free trade agreement with the United States in 2006 doesn’t add up to a red flag for foreign investors or fiscal hawks.

The opposition National Party candidate Luis Lacalle Pou is the son of former President Luis Alberto Lacalle, whose plan to privatize state-owned companies was overturned in a referendum in 1992. He offers a somewhat more free-market alternative to Vazquez. But with either candidate, there’s little risk of overspending and meddling of the kind Dilma Rousseff favors in Brazil. Even before the runoff takes place, investors should find the risks in Uruguay manageable.

In the first round of Uruguay’s presidential election on Oct. 26, the leftist Broad Front ruling party candidate Tabare Vazquez, 74, won 47 percent of the vote to 30 percent for the center-right candidate Luis Lacalle Pou, 41. One of the two candidates will be chosen in a runoff to be held on Nov. 30. The third-placed challenger, Pedro Bordaberry, backed Lacalle Pou for the runoff.

Vazquez was president from 2005 to 2010 - Uruguay does not allow consecutive terms - and was succeeded by Jose Mujica, the current president from the same party.