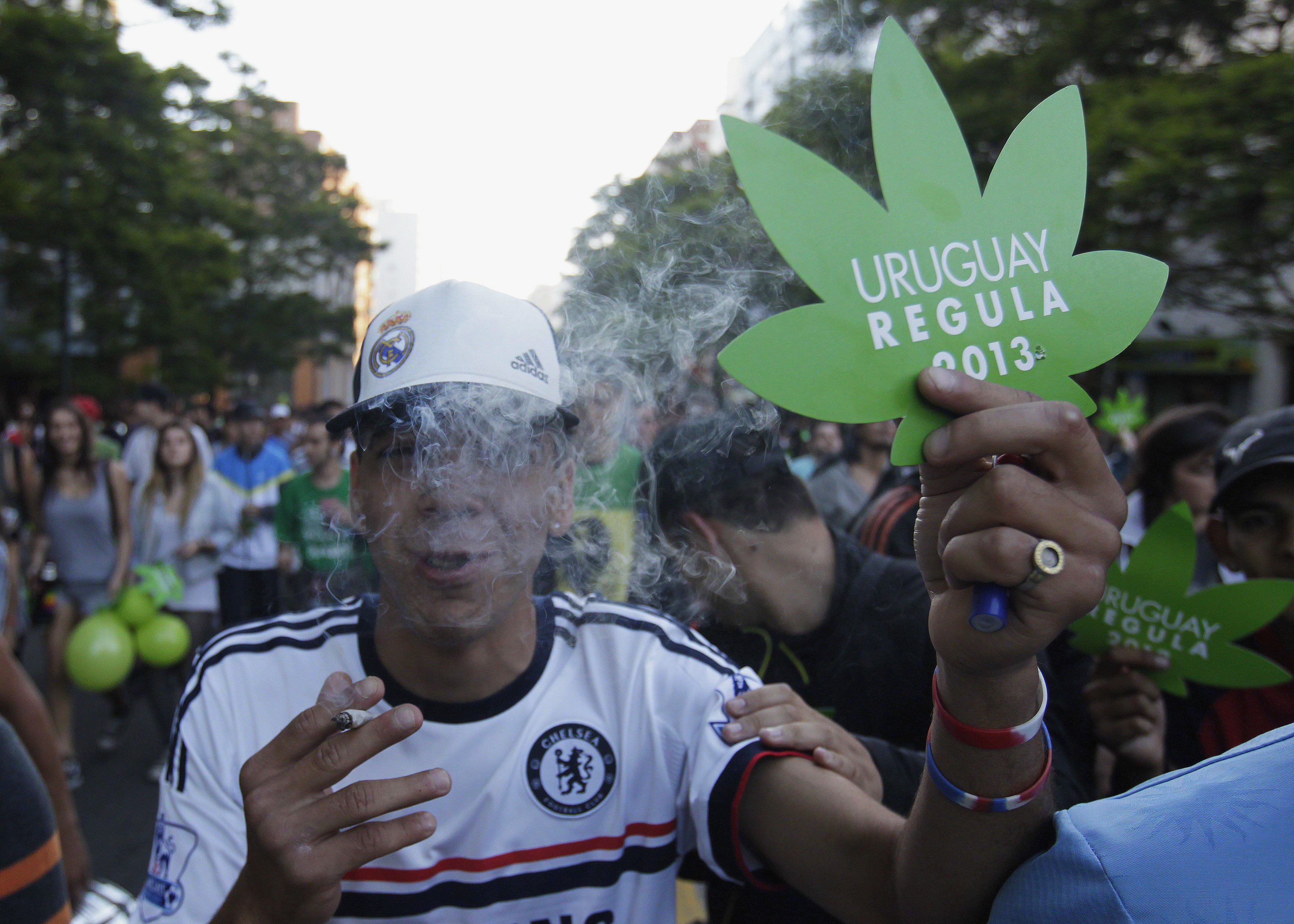 Legalizing marijuana should provide a lift to the Uruguay economy but there’s scope for it to get even higher. The South American country is the first to legalize marijuana trade, with production from cooperatives, sales to locals only and prices fixed. The Dutch did well from cannabis tourism, but agribusiness could ultimately be the winner in Uruguay.

The Netherlands decriminalized marijuana usage in 1976, and by 1995 a government estimate put the wacky weed’s contribution to the national economy at 1.4 billion euros ($1.9 billion), mostly thanks to visitors from elsewhere. Something of that scale would be worth hundreds of millions of dollars to Uruguay’s GDP. Last year, the Dutch banned marijuana sales to foreigners.

The people of Uruguay, however, are less permissive than their president, Jose Mujica. Only 30 percent of the citizenry supports the movement to free up pot. That’s why Montevideo hedged to an extent. The new legislation prohibits sales to foreigners while buyers must be recorded on a central registry, after which they can buy 40 grams a month. Production meanwhile is limited to modest co-ops and small amounts individually at home.

The restrictions may not last, though. In spite of protests to Uruguay from the International Narcotics Control Board, recent decriminalization in the United States, in Colorado and Washington, suggests restrictions on marijuana may be going up in smoke. That opens the possibility of quality-controlled production and international trade in the drug, similar to that of tobacco and alcohol.

Geographic limitations probably impede Uruguay’s ganja tourism opportunities globally. Nestled on the coast between Brazil and Argentina, however, it has ample arable land, not to mention relatively cheap labor. That could translate into production in industrial quantities, and thus also the power to set standards in quality and safety. Who knows, with a little bit of marketing savvy, Uruguay might even be able to create a worldwide brand association of the sort Scotland has with whisky. In terms of growth potential, that would provide the real spark.

People participate in the so-called "Last demonstration with illegal marijuana" on their way to the Congress building in Montevideo, as Senate debates a government-sponsored bill establishing state regulation of the cultivation, distribution and consumption of marijuana during a session, December 10, 2013. The senate is expected to pass the law on Tuesday making the small South American nation the world's first to allow its citizens to grow, buy and smoke marijuana. REUTERS/Andres Stapff

Uruguay on Dec. 10 became the first country to legalize the growing, sale and smoking of marijuana.

The law will be implemented in 120 days, after which Uruguayans will be able to grow six marijuana plants in their homes a year and form smoking clubs of 15 to 45 members that can grow up to 99 plants per year. Registered users will be able to buy 40 grams each month from licensed pharmacies so long as they are Uruguayan residents over the age of 18.

Local authorities will establish a drug control board to regulate cultivation standards, fix the price and monitor consumption.