Toothpaste back into tube 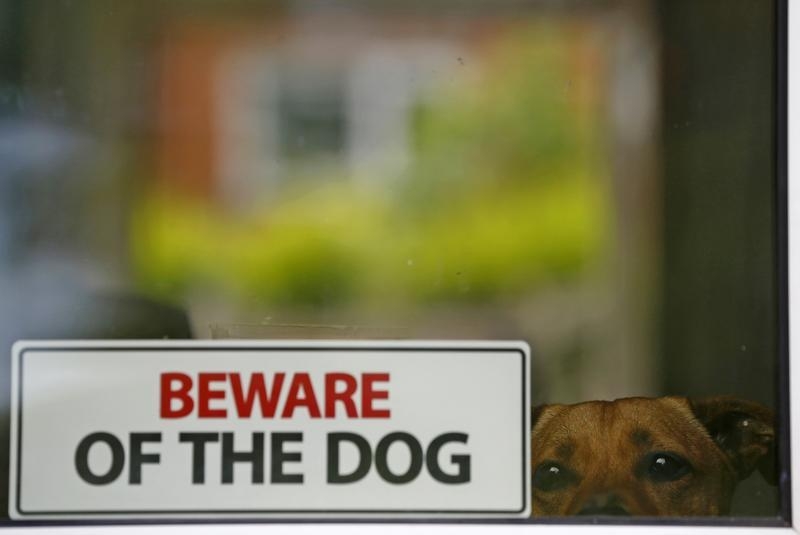 Some officials reckon lenders have gone too far to prevent money-laundering risk, cutting vulnerable people off from the banking system. The concern is valid, but tough enforcement has made banks allergic to gray areas. They’re unlikely to accept regulators’ pleas to relax a bit.

A dog looks from inside a house in Shepshed, central England August 6, 2013. REUTERS/Darren Staples

Thomas Curry, head of the U.S. Office of the Comptroller of the Currency, said on March 7 his agency is examining the “regrettable” consequences of banks terminating business relationships with banks in other countries because of regulatory concerns. Curry said lenders have ended correspondent banking relationships and exited other services because of money-laundering worries in certain countries. Based on anecdotal evidence, the OCC found that this has driven some legal activity underground or disrupted longstanding business relationships.

“There have been many instances of real human hardship that results when customers find themselves unable to transmit funds to family members in troubled countries,” Curry told the Institute of International Bankers on March 7. Treasury official Nathan Sheets made similar comments in his speech before the IIB.

The OCC is reviewing which officials at a bank are responsible for re-evaluating risks and terminating relationships, or “de-risking,” and whether correspondent banks have a chance to address any concerns before being cut off. The agency may issue guidance to ensure fair access to banking services.

The OCC regulates banks that have national charters, including the largest domestic firms such as JPMorgan Chase, Citigroup and Wells Fargo.