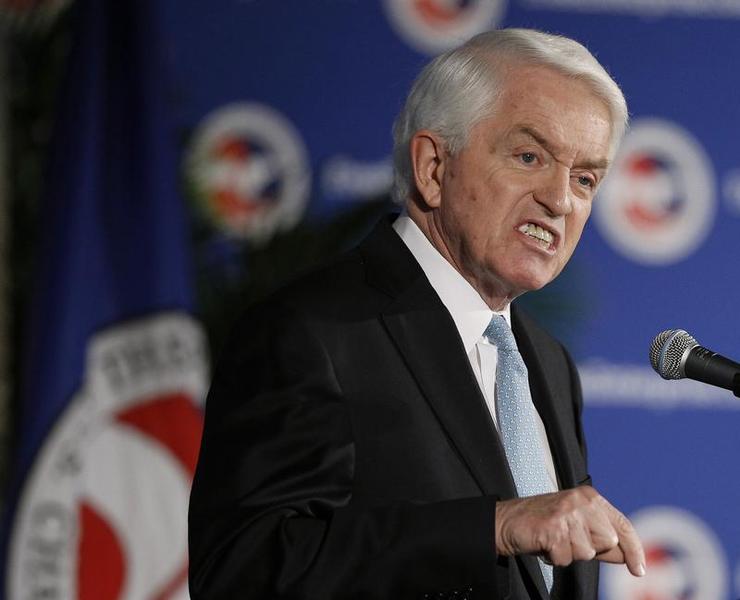 The Chamber of Commerce wants energy exports, more trade overall, less regulation, simpler taxes and reforms to federal retirement and medical programs. These are sensible goals, but some – like making healthcare work better – require businesses to contribute as well as bloviate.

U.S. Chamber of Commerce Chief Executive Thomas Donohue delivered his organization’s annual State of American Business address on Jan. 8. It highlighted a number of policies through which the lobbying group believes the government can help businesses thrive. Despite 2014 being a midterm election year for Congress when little legislation usually succeeds, Donohue believes that some progress could be made by Washington.

One priority is expanding exports. Donohue also stressed the need for the United States to increase energy exploration and approve the Keystone XL pipeline to create jobs. He said that improving the nation’s infrastructure is also essential to successful commerce.

The speech also tackled federal retirement and healthcare programs. The Chamber called for cuts to entitlements and repealing a provision in President Barack Obama’s healthcare law that forces medium-sized and large businesses to offer health insurance.

The Chamber used the occasion to reiterate complaints about overly burdensome regulation, the complex tax code and the need for legal reforms. It also called for immigration changes to expand American opportunity.