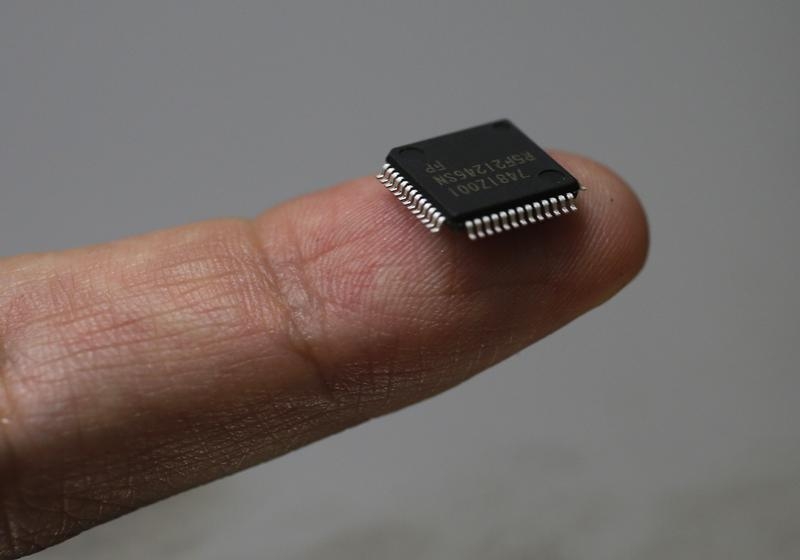 A U.S. chipmaker is etching a path for handling Chinese suitors. Beijing is encouraging local semiconductor companies to buy foreign rivals. The threat of American lawmakers intervening is real, but the vigilant Committee on Foreign Investment in the United States also has approved multiple deals. Fairchild is using these trends to its advantage in a $2.4 billion sale.

Boosting domestic production of these all-important circuitry components would be useful for Chinese self-sufficiency, national security and pride. The government has set aggressive growth targets, offered capital and encouraged producers to seek expertise and assets abroad.

U.S. lawmakers have paid special interest to the technology sector and Chinese buyers. Of the 97 potential transactions covered by CFIUS in 2013, the most recent year for which data are available, 21 involved a Chinese company and a dozen were technology firms. Fairchild Semiconductor International cited such concerns to justify its preference for a $2.4 billion offer from ON Semiconductor, an American company, over a $2.5 billion offer from a division of China Resources Holdings.

The investigative overhang was enough of a worry for the Chinese company to come back with an improved offer that contains a $200 million reverse break fee if regulators shoot down the proposed merger.

The insurance policy is a good idea for Fairchild but there seems to be increasing tolerance for CFIUS approval in the sector. In October, for example, the committee cleared Hua Capital Management’s purchase of chipmaker OmniVision for $1.9 billion. And last month, it approved state-owned JianGuang Asset Management’s $1.8 billion acquisition of a unit of NXP Semiconductor.

Fairchild already has attracted one slightly sweetened offer from China Resources. With at least two suitors in the mix, and at least a semi-believable reason to demand more, Fairchild may be in a strong position to try and set off a bidding war. As more eager Chinese buyers come calling, they should prepare to face a similar playbook.

A Renesas Electronics Corp's microcontroller chip sits on a finger in this illustrative photograph taken in Tokyo May 24, 2012. REUTERS/Kim Kyung-Hoon

Fairchild Semiconductor International said on Dec. 29 that it had received a revised $2.46 billion offer from Party G. That suitor is China Resources Microelectronics, a unit of China Resources Holdings, according to an unnamed Reuters source.

The value of the offer is unchanged from one made on Dec. 8, but China Resources would now pay a $200 million reverse break fee if the combination failed to receive regulatory approval. China Resources also would pay a $72 million fee for Fairchild to break its deal with ON Semiconductor.

Fairchild agreed in November to be bought by ON for $2.4 billion. The company’s board of directors rejected the initial bid from China Resources on Dec. 14.