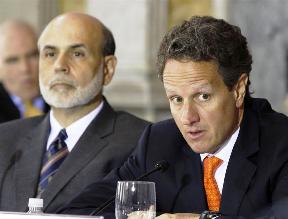 Foreign central banks, among America’s most reliable lenders, have been cutting their exposure to Uncle Sam’s debt since August. As Washington readies “Deficit Debacle: The Sequel” for primetime this month, legislators should keep foreign audiences in mind.

The U.S. congressional special committee charged with reducing long-term budget deficits by $1.5 trillion must agree to a proposal by Nov. 23. If the committee cannot reach agreement, automatic caps on government spending beginning in 2013 will be triggered. These caps should reduce the deficit by $1.2 trillion over the coming decade.

On Nov. 1, Moody’s Investors Service said a “failure by the committee to reach an agreement would not by itself lead to a rating change.” Moody’s rates the United States AAA.