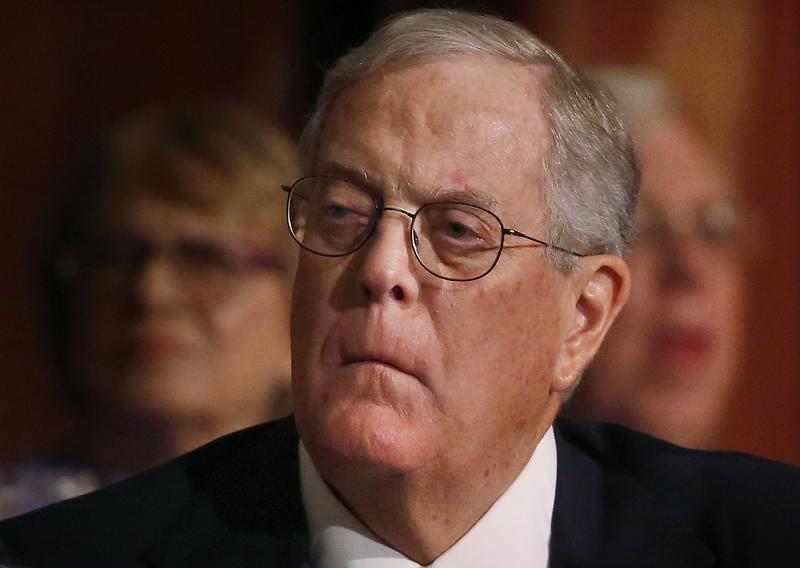 Money can’t buy you love – not even in politics. Donors stuffed U.S. candidate coffers with $1.6 billion in the 2014 midterm elections alone. Contenders backed by a right-leaning fund affiliated with the billionaire Koch brothers won almost 90 percent of their races. But an even bigger-spending Democratic group saw less than a fifth of its choices claim victory. It’s yet another reason to spend less on campaigns.

The moneybags are doing just the opposite, of course. Campaign expenditures totaled some $6.3 billion for the 2012 elections, the most expensive in history, according to contributions tracker Opensecrets.com. The record is destined to be short-lived. Kansas businessmen Charles and David Koch say they plan to shell out nearly $900 million in 2016 contests, including the battle for the White House.

It’s a dicey investment at best. In 2014, the Koch-linked Freedom Partners Action Fund’s heavy bets on Republican candidates helped the party sweep to a Senate majority and victory in a host of House races. The biggest donation to the political action committee was $4 million from Koch Industries.

Republicans were going to do well last year in any event. The party in power, in this case Democrats, typically loses ground in midterm elections, and an unpopular president didn’t help. Yet the enormous gap between the two parties suggests money made little difference.

There are lots of arguments for making it cheaper to run for office, including that it might reduce the outsized political influence of the very wealthy. The strongest reason, though, may also be the most practical: big spending doesn’t necessarily work.

Billionaires Charles Koch and David Koch on Jan. 26 said their political network will spend nearly $900 million on U.S. elections in 2016. Freedom Partners Action Fund, the largest political action committee with which the two are affiliated, spent $23 million on the 2014 midterm elections.

Billionaires Charles Koch and David Koch on Jan. 26 said their political network will spend nearly $900 million on U.S. elections in 2016. Freedom Partners Action Fund, the largest political action committee with which the two are affiliated, spent $23 million on the 2014 midterm elections.