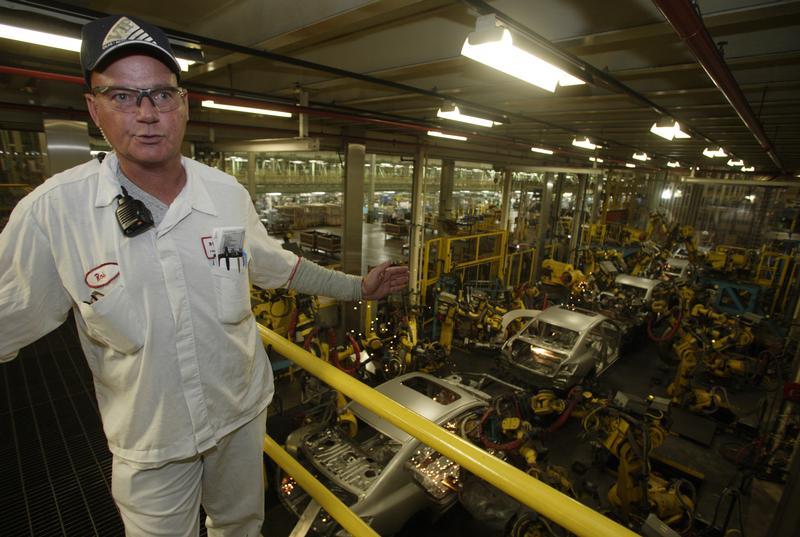 America’s employers will bring more jobs back home in 2014. The nation’s energy costs and wage growth are lower than in many other countries. Productivity’s higher, too. That makes outsourcing less appealing and may herald a renaissance of sorts for American manufacturing.

Companies based in the United States are now benefiting from trends that only a few years ago worked against them. First, the country’s average annual hourly manufacturing pay rose just over 4 percent between 2006 and 2011, according to T. Rowe Price. China’s, by comparison, shot up 14 percent and Brazil’s hit 18 percent.

Americans get a better deal on energy prices than their global counterparts, too, thanks to the growth in domestic fracking. T. Rowe Price states that their natural gas, for example, costs around $3.50 per million British thermal units whereas in South Korea it’s almost six times as much. The investment firm also points out that U.S electricity at 7 cents per kilowatt-hour is less than half the price in Germany and Japan.

On top of that, American workers are more productive, with the average output per worker as measured in dollars rising almost 5 percent a year since 1990 compared with 3.5 percent globally, T. Rowe Price notes. Employers stateside probably cannot squeeze much more out of their current workforce, at least not without ramping up the overtime bill. The length of the week is, at 41.8 hours, just shy of its post-World War Two high, according to Barclays. That suggests companies will need to hire to grow.

There’s one more factor: China. Its workforce is expected to decline and its aging population will increase in coming years just as its economy shifts more toward internal consumption from exports. That’s likely to keep wages rising and strip the country of its low-cost appeal. Average urban wages have almost doubled in nominal terms since the end of 2007, according to official data.

Combined, these are arguments for doing less new manufacturing abroad. Auto companies are still booming after restructuring four years ago. Ford announced on Dec. 12 that it would hire 5,000 workers in the United States in 2014. Overall, U.S. manufacturing could add 20,000 jobs a month in 2014, according to Barclays – five times its showing in 2013. With some 8 million manufacturing jobs lost since 1980, according to the Bureau of Labor Statistics, it doesn’t quite point to a new industrial heyday. But it’s a welcome change of direction.

DATE IMPORTED:January 16, 2013Bob Lee, senior manager in the weld department at the Marysville Auto Department, talks about the weld area during a tour of the Honda automobile plant in Marysville, Ohio October 11, 2012.