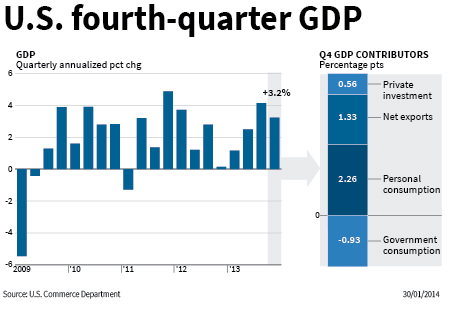 Output increased at a 3.2 pct rate in the fourth quarter. That’s decent, but the details look better than the headline. Exports rose sharply and the private sector more than compensated for shrinking government. Even low savings may now get a boost from Obama’s new MyRAs.

The U.S. economy expanded at a 3.2 percent annual rate in the fourth quarter, in line with analyst expectations. REUTERS/Stephen Culp