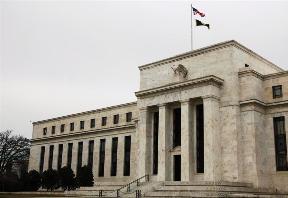 Orson Welles once hawked Californian wine using the tagline: “Paul Masson will sell no wine before its time.” The same could be said about the U.S. Treasury and 50 or 100-year bonds. Maybe it’s finally the right moment to actually sell some.

The Federal Reserve’s latest maneuver, colloquially known as Operation Twist, is squarely focused on reducing longer-term interest rates. By mid-2012, it plans to buy about $116 billion-worth of Treasuries maturing in 20 to 30 years’ time. That represents roughly a quarter of the outstanding stock, excluding what the central bank already has on its balance sheet, according to Deutsche Bank. Following the Fed’s announcement of its plan, 30-year yields have already dropped below 3 percent.

One reason is the Fed will be muscling in on scarce supply. Pension and retirement funds, along with insurance companies, need long-dated paper to match their distant liabilities. These investors own more than half the 20 to 30-year U.S. government bonds not already in the Fed’s hands, Deutsche reckons. They want more safe long-term investments – but the central bank’s move will leave fewer available.

The Treasury could just issue more 30-year debt. Foreign holders prefer shorter maturities, so that could attract more domestic investment. And it would lengthen the average maturity on U.S. debt, which is scarcely more than five years currently. Though that figure has been increasing somewhat, America’s debt profile is still front-ended compared with other large, developed economies, so there’s room to extend it.

But if the Treasury ramps up sales of 30-year bonds just as the Fed is buying them, it risks criticism as a policy conflict. One way to avoid that could be to go even longer. Treasury kicked off a debate on the merits of a 50 or 100-year bond in February. At that time, 30-year bonds were yielding more than 4.5 percent. Today’s much lower rates surely make adding debt that runs another couple of decades that much more attractive.

Welles was famously inebriated while filming some of his wine commercials. The Treasury shouldn’t get drunk on ultra-long bond issuance. But there may genuinely never be a better time to sell them in judicious quantities.

The U.S. Federal Reserve Building is pictured in Washington, January 26, 2010.

The Federal Reserve said on Sept. 21 that it will buy $400 billion of longer-dated U.S. Treasuries while selling an equal amount of government debt with shorter maturity. The Fed plans to spend 29 percent of the total, or $116 billion, on debt maturing between 20 and 30 years hence.

In February, the Treasury Borrowing Advisory Committee had what it described as an “energetic discussion” about various ways it could expand the investor base for U.S. government debt. One way would be to sell 40, 50 or 100-year bonds, since investors like pension funds need longer-dated securities to match their long-term liabilities.

Investment-grade companies have sold only $57 billion of 30-year bonds this year, down 16 percent from last year and half the amount sold in 2007, the peak in the last decade, according to Thomson Reuters.